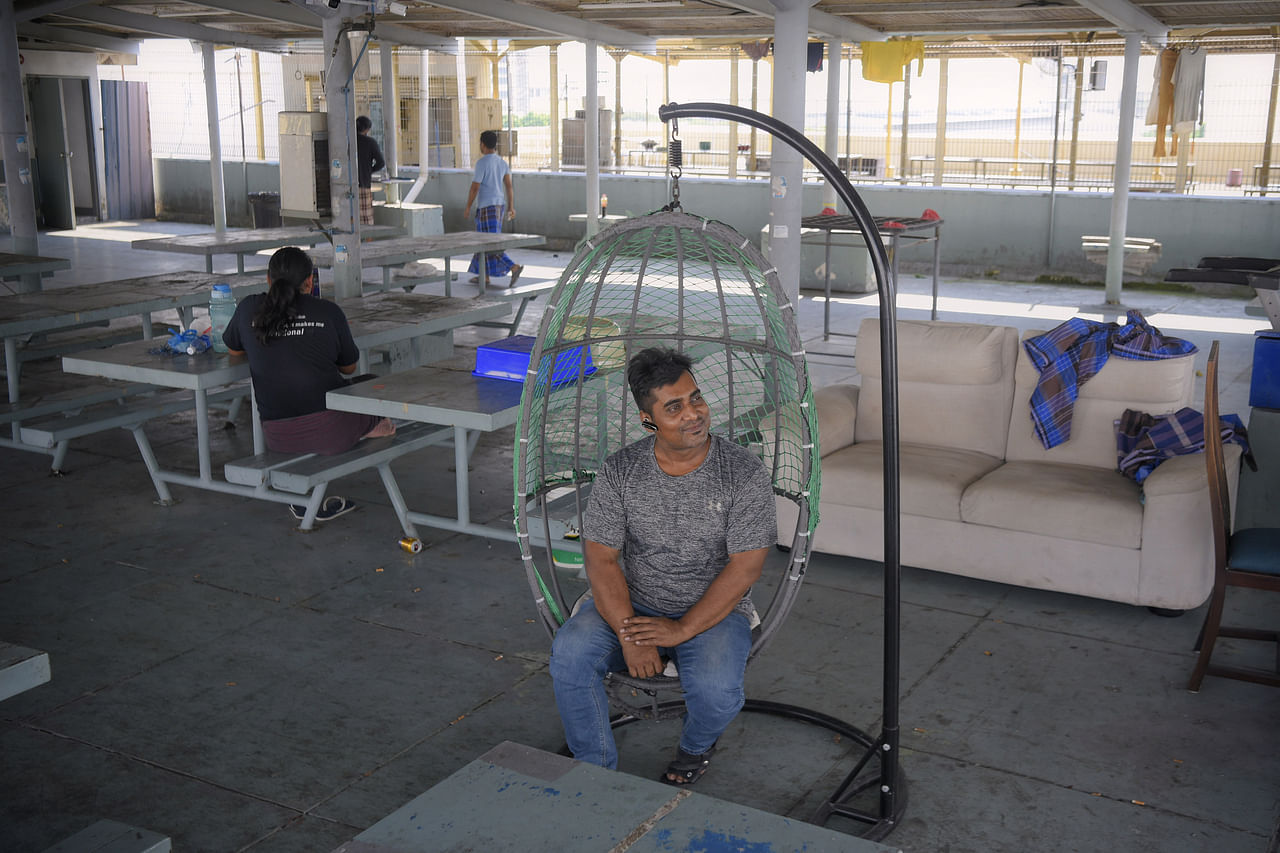 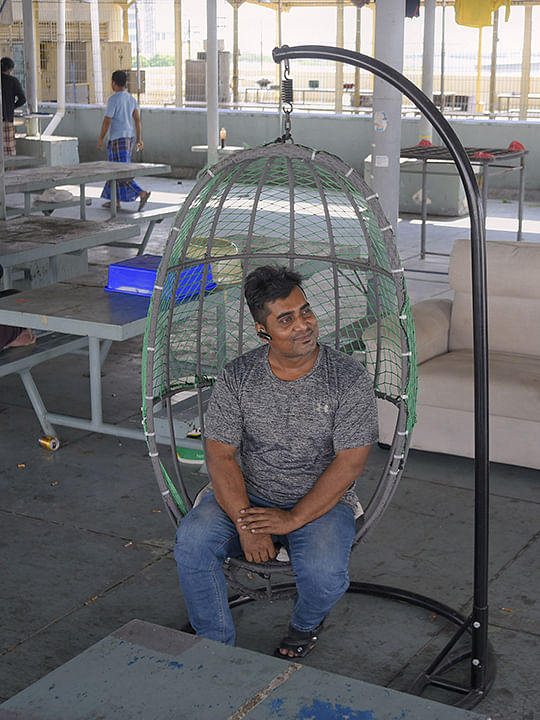 "Some of the brothers feel mental stress from being around others too much and this is a good place for relaxation," says Mr Jayaraman Thirunavukkarasu, leaning back on a well-worn sofa in a cosy corner in his dormitory.

The 26-year-old construction worker from India is also a supervisor in a factory-converted dormitory in Tuas View Place, which houses 180 residents.

Thanks to Dorm Mums, they have a homely living room furnished with couches, carpets and even a smart television. Eight metal-frame beds occupying half the room, however, are a throwback to when this was an isolation area for sick residents waiting for their swab test results during the Covid-19 lockdown that started in April last year.

This cosy corner is part of Dorm to Home, a project that spruces up available spaces in factory-converted dorms to create homely areas where residents can find respite and enjoy some personal space, which is hard to come by in a dorm. The project was started in September last year by volunteer group Dorm Mums.

It was the brainchild of Ms Priya Madan Mohan, 53, whose 90-women-strong group operates under Alliance of Guest Workers Outreach (AGWO) - a movement of non-governmental organisation Hope Initiative Alliance.

Dorm Mums started as a group of friends who held modest charity drives for foreign workers before Covid-19 struck, procuring pillows, clothes and gifts for those staying on construction sites in the east of Singapore.

When Covid-19 reached Singapore, Ms Priya was on a work sabbatical from her job as a vice-president at a multinational corporation in the finance sector and decided to volunteer with AGWO. She and her friends eventually helped to run its food programme for foreign workers in almost 225 factory-converted dorms, coordinating the distribution of more than one million meals over about a 10-week period during the circuit breaker.

The idea for Dorm to Home came during the lockdown while Ms Priya was mulling over practical ways to boost the morale of workers, who could not leave their dorms. Her network of Dorm Mums came through with regular donations of furniture, soft furnishings and appliances. She also scours platforms like Carousell and Facebook Marketplace, where she asks people if they would like to donate their items instead of selling them off.

She keeps in touch with a group of about 90 dorm supervisors from Dorm Mums' "adopted" dorms.

She informs them on WhatsApp when a donated item is up for grabs. "Along with smart televisions and sports equipment, chairs with good padding and rugs are always popular, as the residents would otherwise be either sitting on the ground or resting on a hard bed," she says.

Dorm residents do not usually use mattresses provided due to potential bed bug problems. "Such a simple thing is so premium for them," she adds.

Migrant worker Rasel Md Abu Bokor Siddik's dorm in Tuas View Square is among the 14 dormitories most recently furnished under the Dorm to Home project.

Dorm Mums has also done five simpler set-ups in other dorms, and is working to outfit other sites.

Mr Rasel, 22, arrived from Bangladesh in January last year to work as a dorm supervisor, cleaning and helping to manage the facilities. He had not ventured beyond Tuas while acclimatising to work and life here when the dorms went into lockdown a few months later.

The farthest he has travelled so far is to Jalan Papan in Jurong by company transport for his routine swab test every fortnight, and then it is straight back to the dorm. This is all Mr Rasel knows of Singapore.

The Manpower Ministry recently began its pilot scheme to allow 500 migrant workers to visit Little India each week. Mr Rasel, along with a large percentage of the almost 300,000 workers living in dorms, will have to wait for his turn. Dorm operators have to meet a myriad of requirements before residents can join these community visits.

"Comforts aside, the initiative was a boost for their morale," says Ms Priya. "It touched their hearts to know that someone cared about them."

Dorm Mums accepts furnishings and appliances on its Facebook page and hopes to continue creating spaces in factory-converted dormitories while rolling out other projects to support migrant workers such as literacy programmes as well as more food and donation drives.

Migrant workers under lockdown in S'pore had higher symptoms of depression and stress: Yale-NUS study