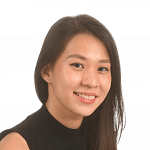 SINGAPORE - Few could have foreseen that the key factor in accelerating the digitalisation of election processes would be a global pandemic.

Parties employed formats such as talk shows and live forums and used social media to provide a "behind the-scenes" look into candidates' lives.

And Singaporeans did not hold back when it came to discussing politics online - from commenting on the histories of new candidates such as Mr Ivan Lim and Ms Raeesah Khan, to sharing their take on the speeches and stunts that became fodder for memes.

This development was viewed with interest by Associate Professor Netina Tan from Canada's McMaster University.

She told The Straits Times: "I would like to see if this digital activism will actually translate to offline activism, meaning more participation in politics, more writing of petitions, more engagement in forums, or city hall discussions."

This election also proved that online campaigning is no longer merely a supplement to physical campaigning.

Associate Professor Eugene Tan of the Singapore Management University's School of Law noted: "Despite the online medium not being one which we associate with a level of intimacy, the Workers' Party candidates were willing to share the innermost of feelings and speak frankly. That enabled them to connect with the audience in a way that I think many other parties perhaps didn't quite succeed."

Prof Tan added: "The ruling party, I felt, was heavily focusing on 'jobs, jobs, jobs'. That, in many respects, could have put off some voters because it would seem that the campaign was very narrowly focused."

While engagement analytics are often used to measure the efficacy of marketing campaigns, experts warn against conflating online engagement with vote share.

Dr Elvin Ong, a post-doctoral fellow at the University of British Columbia's School of Public Policy and Global Affairs, said: "We have to be very cautious because whatever is considered online engagement is probably just whatever has caught people's attention and whatever has gone viral at that particular moment in time."

Prof Netina Tan added that when it comes to voting, the online audience should not be taken as the entire electorate. "The online audience is also a very select group of people which does not account for the old and those who are digitally excluded," she said.