SPH Brightcove Video
The Volocopter made a three-minute test flight over Marina Bay on Oct 22. The German firm behind it is currently in talks with the authorities to bring the air taxis to Singapore. 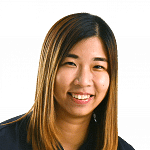 SINGAPORE - Some people may joke that we are not yet in the future because there are no flying cars.

But, within five years, taking a flying taxi between Marina Bay and Changi Airport could become a regular occurrence.

The three-minute flight was part of the Intelligent Transport Systems World Congress 2019, which runs till Oct 25 at the Suntec Singapore Convention and Exhibition Centre.

Though the Volocopter can be flown unmanned, initial flights will have a pilot on board.

Singapore's safe transport regulations was a reason why the Republic was among the few cities being considered to operate commercial services, Mr Reuter said.

More On This Topic
Air taxis due to start trials in Singapore aim to be as safe as commercial aircraft
After Manila launch, Singapore start-up looks to take helicopter-sharing service to KL, Bangkok
Asia's hot new taxi: Jet setters are banking on helicopters to beat traffic snarls
Singapore will not rush into new tech for transport: Khaw Boon Wan

"Singapore is also regarded by many other cities as a good example to follow when it comes to the adoption of new technologies," he added.

VoloPort - the first full-scale prototype of a passenger air taxi vertiport - was also unveiled at The Float at Marina Bay. It was developed by Volocopter and British firm Skyports.

A VoloPort with a single landing pad can accommodate 10 to 15 flights per hour.

In theory, checking in and security screenings will be fuss free with the use of biometric facial recognition scans.

Managing director of Skyports Duncan Walker said that possible locations being considered for future VoloPorts include parking lots, buildings, and being integrated with other public transport nodes.