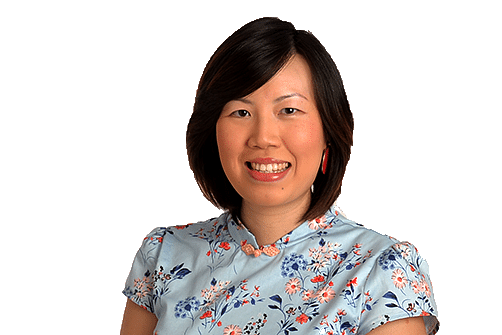 Experts say there's no rule on the amount, as giving hongbao is a gesture, not transaction

With Chinese New Year around the corner, reader Gabriel Soh, a newlywed, sent askST questions on the giving and receiving of hongbao (red packets).

He asked: "What's the minimum 'decent' amount to put in a hongbao? Does it differ with various family members?

"Is there an age limit to getting hongbao from relatives?

"Must the hongbao amount always be an even number?

"Is it rude to open the hongbao in front of people?"

Lifestyle Correspondent Bryna Singh enlists the help of two experts for the answers.

Q What is the minimum "decent" amount to put in a hongbao? Should I give different family members different amounts?

A Hongbao, or red packets, are traditionally handed out by married couples to their parents, single adults and children during the Chinese New Year celebrations as tokens of good fortune and blessing.

Dr Lim Lee Ching, 42, vice-dean at the School of Human Development & Social Services at SIM University, says there is "no rule" in terms of the amount to put into a hongbao.

"Giving hongbao is a gesture and not a transaction, although many Singaporeans seem to think otherwise," he says.

He adds that it is "not necessary, perhaps even impractical" to give the same amount to everyone.

In 2015, The Straits Times Life published a story on the hongbao going rate. It was then $8 per packet, according to an online survey by the United Overseas Bank of 500 people and an informal poll conducted by the paper.

For newlyweds, these experts say the giving of hongbao should be within the couple's means, and not become a source of financial stress.

There is also a convention that newlyweds do not give hongbao in the first year of marriage.

A Dr Lim says this is "often a source of awkwardness" and he has experienced such awkwardness, as he is single and sometimes still receives hongbao from younger friends or relatives. However, he says there is "no etiquette" to this, adding: "It is up to the receiver, really."

Dr Kang, on the other hand, does not think that a younger, married sibling has to give a hongbao to an older, single sibling.

In general, he feels that "we do not need to give hongbao to those who are able to earn a living for himself or herself". Q Is there an age limit to receiving hongbao from relatives?

A Dr Lim says there are no set rules for this, as it is up to the giver and receiver, and the nature of the relationship. "For example, between an elderly relative and a favourite grown-up niece, the giving of a hongbao may be a symbol of the closeness they share," he says.

Q Must the amount in a hongbao always be an even number?

"In Chinese tradition, even numbers are preferred, as good things come in pairs."

Q Is it rude to open the hongbao in front of people?

A Both experts agree that it is rude to do so. Adds Dr Lim: "But children will always want to, and get chastised by their parents for doing so - all in the name of festive cheer."

A version of this article appeared in the print edition of The Straits Times on January 07, 2017, with the headline 'What is a decent amount to give in a hongbao?'. Subscribe
Topics:
More
Whatsapp Linkedin FB Messenger Telegram Reddit WeChat Pinterest Print Purchase Article Copy permalink