The coastal state in western India still bears reminders of its past, from its architecture to its cuisine

The sign at a grocery store captures the spirit of former Portuguese colony Goa. Known as a hippie paradise, Goa's key value is sussegad, a Portuguese word which means anything from quiet to a laidback attitude.

• This is the third of a 10-part series. Next week, Taiwan correspondent Jermyn Chow discovers a seed museum, alley cafes and comfort food in Tainan.

The rich heritage of Goa is best experienced in Velha ("Old") Goa, which is dotted with cathedrals, church ruins and museums. Known as the "Rome of the East", the city was used by the Portuguese as the capital until it was abandoned after an 18th-century plague.

I start at the Se Cathedral, a 16th-century massive building which symbolises Roman Catholic rule in Goa and was dedicated to St Catherine. Opposite the cathedral is the Basilica of Bom Jesus, dedicated to the infant Jesus and houses the relics of St Francis Xavier, a Jesuit missionary known as the Apostle of the Indies. Inside, his remains are placed in a mausoleum.

Where: Se Cathedral and Basilica of Bom Jesus in Old Goa

A few metres from Se Cathedral is the Old Goa dock. I pay seven rupees (15 Singapore cents) for a three-minute ferry ride to Divar island, one of Goa's many islands. Locals had fled to the island after the outbreak of the plague.

When I arrive, I drive through the village, past narrow winding roads and Portuguese-style bungalows in bright yellow, blue and green.

Later, I take a ferry back to the mainland and drive to the village of Ribandar to catch a ferry to Chorao island. One side of the island has mangroves with a protected bird sanctuary while the rest comprises small villages. It is ideal for nature lovers and fans of cycling or hiking.

The Latin Quarter or the Fountainas, once a residential area for the Portuguese administration, is the prettiest part of capital city Panjim or Panaji.

I walk down narrow lanes dotted with houses with red roofs and painted in blue, green, purple and yellow with white borders.

Prominent Goan families have houses here. I visit Casa Da Moeda or the former Mint of Goa, a heritage house, on the invitation of Dr Luis Dias, a physician, musician, photographer and writer who lives there with his family.

From the balcony, he points to a bust in the nearby square of his great-grandfather, Dr Miguel Caetano Dias, son of an okra farmer. He became one of the most respected doctors in Goa for saving lives during the plague outbreak in Panaji in 1908.

"He is the only native (of Goa) for whom a statue was put up by the colonial powers while he was still alive," he says.

I am told the one unifying factor among the many communities in Goa is fish curry and rice.

Here, 25 per cent of the population is Christian, mostly Roman Catholics; 66 per cent are Hindus; and 7 per cent are Muslims.

When Goans from different religions chat, the topic can often turn to the fish available in the market.

Fish markets abound, such as the one in the capital city of Panaji, where men and women sit in rows selling fish either whole or cut into pieces.

Fishermen, too, can be spotted at times standing on the side of the road selling anything from sole to sardines. There are also barracuda, red snapper, catfish, bombil or bomba Duck, hilsa, surmai or seer fish caught fresh from the ocean or river.

The Panaji fish market is worth a visit just to get an idea of the sheer variety of fish.

At 10pm, I walk into the Arpora flea market, Goa's most popular night market.

Stalls at the three-tiered market sell spices, handmade products and more. I hear anything from Hindi to the local language Konkanese to smatterings of German, French and Italian as foreigners also run stalls.

At the centre is a live stage surrounded by bars selling cocktails and beer, while another side is lined with food stalls. I spy a chicken shawarma being cooked on a rotisserie and thin-crust pizzas being served on betel nut leaf plates.

Two raves are going on. I grab a beer, listen to the live music and walk around the market with my friends. One of them buys a necklace after haggling the price down from 10,000 to 5,000 rupees. So bargaining is a must here.

Info: The night market opens every Saturday from 6pm till late in the night during the peak tourist season from December to April.

The Portuguese had come to Goa to control the spice trade. I drive to the Sahakari Spice Farm, an organic spice plantation 35km north of the capital Panaji. I pay 500 rupees for the visit, which includes a 30-minute tour of the plantation and a Goan buffet meal in a mud hut.

I am shown how cardamom, pepper and cloves are grown. At the end of the tour, scented water is poured down my back, which is apparently good for the spine.

Where: Ponda, on the Ponda Belgaum highway

I start my beach crawl at Baga and Calangute, popular beaches filled with Indian tourists. I walk past kiosks offering boat rides, dolphin- spotting and parasailing.

Families, with many Indian women clothed, splash around in the frothy blue waters.

I drive to Mandrem, one of the most beautiful beaches in Goa. Some spots in North Goa have become popular with Russian tourists. I drive into one such area where the locals, used to serving Russians almost exclusively, look at me with suspicion.

Many in Goa are uncomfortable with the influx of Russians, with reports in the Indian media of the Russian mafia investing money in real estate and fuelling the drug trade.

After a dip in the Arabian Sea, I drink cold beer, sink into my beach chair and watch the waves crash against the coast. My idea of bliss.

Where: Along the coastline from south to north Goa

A visit is not complete without eating at beach shacks.

There are more than 360 beach shacks, which are normally open from October to April. They are shut during the hottest summer and monsoon months.

At the Blue Coconut beach shack on Baga beach, I order fresh watermelon juice and omelette with a side of Goan spicy pork sausages and poi, a Goan bread - a satisfying breakfast under 1,000 rupees.

At 9am, some of the shacks - with names such as Cheers, Lucky Star and Shining Star - are already playing trance music at full blast.

For lunch, I go to Brittos Bar and Restaurant, a beach shack on Baga beach open throughout the year.

Sitting by the sea, I relish a seafood platter filled with butter garlic calamari, prawn cocktail and crab cakes.

For the Goan touch, I order Feni, a country liquor that is local and special to Goa. It is either made with cashew nuts or toddy palm and the alcohol content can be up to 45 per cent.

After a siesta, a local tradition, I dine at Calamari on Dando beach in Candolim, an upmarket beach shack with live music and a bar. I eat Goan prawn Xacuti curry, a rich curry with multiple ingredients including poppy seeds, coconut and red chillies, and sip margaritas while digging my feet into the sand.

Where: Along the coastline from south to north Goa

I am on the ramparts of the fort, which stands in the water with waves lashing against it.

From the fort, I see the white sands of the Sinquerim beach immediately below, shimmering in the sun.

The fort was used by the Portuguese to guard against local and foreign invaders. Now, it forms the perfect backdrop for tourists.

While the government has been clamping down on rave parties as part of the drive against drugs, the night still comes alive in Goa.

Groups of young women, who would not be able to move around so freely in other parts of India, holiday in Goa and enjoy the nightlife.

I start the night by dining at Fisherman's Wharf on Fort Aguada Road, where a live band is playing classics, such as songs by Abba.

I get some fish curry with rice and Goan bread for about 800 rupees.

Then I drive to Cavala Seaside Resort in Baga, where local musicians also sing classics, such as those by Boney M. Women, young and middle-aged, dance in the middle of the bar.

After Cavala, I walk to Baga beach and am hit by music from trance to pop at different beach shacks. Families eat their meals while young couples dance on the beach, with vendors selling glow-in-the-dark bangles. 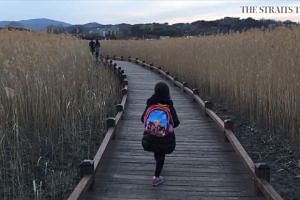 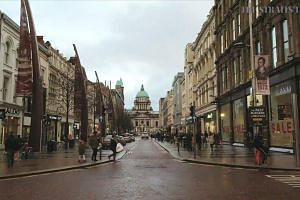 Perfect Weekend: Belfast's blast from the past 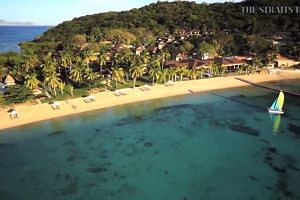 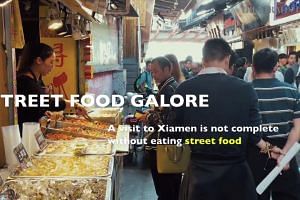 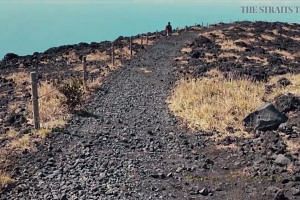 Perfect Weekend: A yen for hot treks and cool views in Oshima 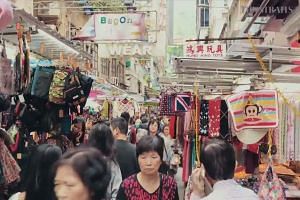 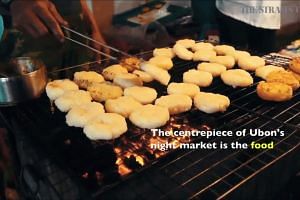 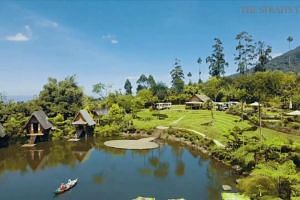