The Life Interview with Mark Edleson

For Alila Hotels' Mark Edleson, the joy of travel is to live like the locals 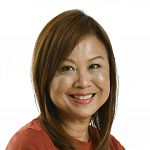 Mr Mark Edleson is a dream merchant for travellers who are curious about all things local and love luxury. The president of Alila Hotels and Resorts creates a sense of paradise at his plush properties, in Asia and beyond, with local experiences and lots of privacy.

The 68-year-old, an American based in Singapore, says the Alila ethos is deeply rooted in his early travels, including his encounters with locals in a Perak kampung when he was a United States Peace Corps volunteer barely in his 20s.

Posted to Malaysia to work with its agriculture department in farmers' cooperatives for two years in 1968 - after graduating from Stanford University that year with a history degree - he would relax on a mat with villagers and snack on sticky rice mixed with durian and kerbau (water buffalo) milk.

"Experience is luxury," he says. "The joy of travel is getting to experience local cultures and to know the people and understand the universality of culture and people."

That is why Alila, a brand he created with Indonesian co-founders in 2001, immerses vacationers in local colour. In Bali, a procession might wend through an upscale Alila resort.

In Bali, the infrastructure is over-stressed... But then I go to a village ceremony . The intensity, the cooking of satay, the music, the dance and the smiles of the people remind me of what attracted me to Bali... It blows me away.

"We started in remote locations in Bali and we needed to be sympathetic to our surroundings," he says. "You don't want to build a hotel and then put up walls, if the villagers had been traditionally walking through our land to their temple."

Alila, which means "surprise" in Sanskrit, tries to purvey experience stylishly for guests who might cook fresh fish from a Goan market or meet Omani families who make rose water.

Oceans, canyons or the imposing volcanos in Ubud all bring perspective. "Personal concerns are pretty small compared with the vast spaces of nature," says the man who grew up in Los Angeles but loved camping and surfing. Now, he treks, sails and scuba-dives.

In essence, Alila combines innovative design and luxury in exquisite locations with natural beauty and cultural significance. Guests enjoy personalised hospitality in these stylish places - plus the experiences and privacy he mentions.

By 2018, its boutique properties will nearly triple, with the biggest pipeline in China. The first Chinese resort, to be launched next year, will be set amid Zhejiang's bamboo forests and white-tea plantations.

The locations are largely within Asia. There is an Omani resort and the less-explored Gulf has been a zone of interest. North America and Europe will be next.

Notably, in June, Alila and Commune Hotels + Resortsof San Francisco announced the outcome of their integration efforts to cross-promote their brands. Commune, which manages boutique hotel brands including the eclectic Joie de Vivre, will amplify Alila's footprint in the West. Mr Edleson is the Asian president of Commune.

Both Alila and Commune are international hotel management firms - not developers of property. So Alila provides developers with a suite of services, from stylish design to operations, branding to financial projections.

Mr Edleson himself learnt from the best. Before Alila, he spent a dozen years imbibing the culture of luxury resorts from Mr Adrian Zecha - the influential Indonesian founder of Aman Resorts - as his financial adviser and later as a partner in GHM Indonesia, a developer and manager of luxury hotels.

"I was looking for the next exotic hotel destination with Adrian. I was having so much fun with Aman, I was neglecting my industrial and trading and other clients," quips Mr Edleson. He worked with Aman to launch five resorts in Indonesia between 1987 and 1996.

Like Aman, Alila is collecting accolades. It is a long list that includes praise for the clifftop infinity pool and dinner at the Warung in Alila Villas Uluwatu, Bali; green credentials at Alila Villas Soori, also in Bali; and holistic approach and family fun at Alila Diwa Goa - with awards from CNN, TripAdvisor, Mr and Mrs Smith, Conde Nast, EarthCheck and more.

Growing up in California, he was not a world wanderer. Then at age 20, his world changed profoundly when he spent six months on Stanford's French campus in the Loire Valley. He learnt the French language and history and bought a Volkswagen to traverse Europe.

"I realised how vast and varied the world is - and that was only Europe," he says.

Months later, he graduated from Stanford and has not lived in the US for 48 years since, except briefly.

The late 1960s were days of tumult - war in Indochina and controversy over the military conscription of young men in the US.

He decided to join the Peace Corps and, in 1968, was assigned to Malaysia for two years, during the Green Revolution. He spent a third year on a similar Peace Corps mission in Sarawak. Soon, he had spent five years in South-east Asia, where he also taught English in Luang Prabang and backpacked.

Mr Raphael Pura, 69, an American business and media consultant and former Wall Street Journal journalist in Asia, became close friends with Mr Edleson in the Peace Corps. "Mark was a keen observer of the new cultures around him," he says, adding: "He was once a durian glutton."

Both men recount adventures in South-east Asia in the late 1960s and early 1970s that cannot be replicated fully now. Mr Pura says: "We saw places like Bali - Kuta Beach with nobody on it - before they became global tourist destinations. We saw Laos and Vietnam caught in the midst of wars. We saw Singapore when it was still a bit of a honky-tonk port city, its future far from assured."

They travelled by bus, train, trishaw, foot and even a donkey. Once, they slept on coffee-shop tables on Samosir island, Sumatra.

Mr Pura further observes of Mr Edleson: "His love for the region contains a desire to respect and preserve all that was good, deep and fascinating about these countries and their people, which is reflected in the kind of hotels he wants Alila to represent."

While backpacking, Mr Edleson sat on a beach in Kota Kinabalu and wondered what he should do with his life. A friend suggested attending Ohio University - which had the largest Malay library in the US - and he spent a year pursuing a master's degree in international affairs.

He yearned to return to the region and though he was not much interested in business then, he sent 20 resumes to US companies with a presence there.

Citibank offered him a job in Manila, where he spent more than four years during the Marcos era and met his American wife Mary Jane Foster. She had spent a year studying Chinese cooking in Hong Kong and Taipei, and was visiting Manila to learn about food and culture. They married six months later, in 1976. Mrs Edleson, 66, is head of the Slow Food Bali movement on the island, where they have a resort home.

Their sons are Max, 36, who is married with two children and runs a company making masonry, ovens and heaters in Oregon; and Alex, 33, a farmer in Patagonia for 10 years who has just wed an Argentinian.

The family moved to Colombia for a few years before circling back to the region, to Indonesia, in 1980.

In 1983, he left Citibank to set up a financial advisory firm with two Americans also resident in Jakarta. At this point of the interview, he seems to be drawing on an imaginary white board as he paints a dynamic career trajectory with overlapping projects in the 1980s and 1990s - establishing the business advisory firm, working with Aman, co-founding Mandara Spa Asia that was a leading hotel spa operator, among other roles - before Alila was birthed in 2001.

Dr John Miksic, 68, an archaeologist and history professor at the National University of Singapore, was also in the Peace Corps. They studied at Ohio University too.

"Success in the hospitality industry in South-east Asia requires deep familiarity with the cultures of the region and Mark's interest in economic development, culture and history, which he demonstrated back in 1968, has stood him in good stead during the last 47 years," he says.

Singapore soon came into the picture for Mr Edleson, now a Singapore permanent resident. "I had never thought of living in Singapore - it was too secure, too functional. But I realised in 2003 that I kept coming through Singapore."

He started thinking that he would grow Alila beyond Indonesia and Singapore could be the brand's global headquarters.

He hired Ms Doris Goh, Alila's first Singaporean executive who is now chief marketing officer (Asia) of Commune. She calls her boss of 12 years "cool, charismatic and gracious". One of his first reminders to her was: "If it ain't fun, don't do it."

"Never have I heard an unkind word from him," she says.

He found a Ladyhill Road apartment with terraces. The green warrior does not own a car, but walks a 20-minute route between home and his Scotts Road office.

At age 68, he is puzzling over the next chapter of Alila and his life.

One strategy is to grow Alila in city locations, including here. He relinquished the chief executive role two years ago and is now less involved in day-to-day operations. As president, he focuses on new developments, corporate strategy and brand direction.

He likes the innovation of growing a brand, then he tends to move on. But he remains the face of Alila. "I have connections throughout the region and more silver hair that helps to close deals in Asia."

A version of this article appeared in the print edition of The Straits Times on October 12, 2015, with the headline Alila Resort co-founder inspired by his encounters with locals in a Perak kampung decades ago. Subscribe