Ang Soon Chua went from grasscutter to pool cleaner to organic farmer. He dreams of a day when at least a third of Singaporeans can afford organic vegetables. 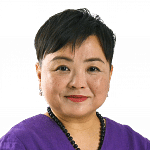 It stands apart from neighbouring farms and nurseries, barricaded by a 2m-tall wall to keep out any stray squirts of insecticide.

It has rows of greenhouses, about 140 in total, each costing about $4,000, built of galvanised pipes and nylon mesh. Inside, impeccably neat rows of Chinese cabbage, chillies and long beans grow in raised concrete planters, to avoid contaminants from the ground. Each time a farm hand enters or exits a greenhouse, a brick is carefully laid over the mesh flap to keep insects out.

It is believed to be the first vegetable farm in Singapore to achieve the exacting USDA (United States Department of Agriculture) organic certification, which sets world standards for organic products.

Pottering about the farm is weather-beaten Mr Ang Soon Chua, 55, who went from ice cream seller to grasscutter to pool cleaner and now, a USDA-certified organic farmer.

His dream: to proliferate and grow his pesticide- and chemical-free greens on such a scale that one day, a third of Singaporeans will be able to afford to dine on organic vegetables.

His 5ha farm now produces about 100kg of vegetables a day, distributed to about 10 organic specialty shops or market stalls islandwide. On weekends, walk-in customers snap up the rest of his greens, priced at $10 to $15 per kg.

He hopes to hit full production capacity of 500kg to 800kg a day by June. He is applying to the authorities for more land to multiply his output 10-fold to feed a more affluent and health-conscious population.

Organic vegetables cost anything from $15 to $40 a kilogram, compared with $5 to $7 for non-organic vegetables in stores and markets. This is despite a lack of scientific evidence to show that organic foods are more nutritious or healthier than conventionally grown food products.

The wizened, wiry man, who sold off his swimming pool business late last year, is banking on a growing awareness of food sources here. His next plan: to add a restaurant on the farm with a menu to showcase the freshness of his produce. In particular, he hopes his juicy bottle-green cucumbers will one day be categorised as fruit, rather than vegetables, in supermarkets.

It started with an ad

He was sold the organic dream himself by his partner, Mr Zhang Aimin, 53, a former Chinese national who became a Singaporean 15 years ago.

Mr Zhang, a graduate of the University of Science and Technology of China, was recruited here in 1994 by a Singapore company as a sales manager. He was midway through a Masters of Business Administration with the National University of Singapore and Tsinghua University when he returned to China to run a granite factory and later dabbled in organic fertilisers and organic farming, which failed to take off there for "bureaucratic reasons". He returned here in 2009, drove a private bus and tried to find a plot to farm, to no avail.

In 2012, in desperation, Mr Zhang advertised in the Chinese daily Lianhe Zaobao for a piece of land to try his hand at organic farming. Mr Ang, who had taken over an elderly family friend's Lim Chu Kang orchid farm for compassionate reasons a decade ago and had it run unprofitably by relatives, answered the ad.

"My character is always trust people first, just don't make me disappointed," he says, adding that the land rental cost, including utilities, probably worked out to about $4,000 a month.

Early last year, when heads of green sprouted, Mr Ang went into partnership with Mr Zhang, taking a half share and providing half the seed capital of $600,000. They secured approvals to convert the orchid plantation into a vegetable farm and imported manure from Mongolia where the livestock feed on an all-natural diet to make their own fertiliser.

They began working towards USDA certification with a German licensing company, a process that cost about $20,000 and involved extensive tests on air quality, water sources, fertiliser, soil, their produce and processes. Last October, they were awarded their USDA Organic certificate.

Since then, Mr Ang has been working shoulder to shoulder with Mr Zhang and 10 other workers every day, starting at 7am. He takes care of the front office, weeding, watering, cleaning, painting a new container office, pooling his building expertise with Mr Zhang's farming knowledge.

Mr Ang was the oldest son born to an itinerant ice cream seller and a housewife and grew up in a Jalan Jurong Kechil rented zinc-roof house. He was a topper through primary school but dropped out from Chinese High School at 13, too exhausted from helping his father man his ice cream van 10 hours a day.

When he was 16, both father and son went into grass-cutting, shaving lawns for $10 a house, 10 hours a day under the blazing sun.

At 21, while he was trying to take down a plant, his ring finger was severed in an accident. It was on the cusp of his engagement to the woman who is now his wife, chicken farmer's daughter Chan Nyuk Yean, 54, whom he had fallen for and who "didn't mind that I was a gardener". He just asked for a bigger ring to go around his finger cast.

Then he applied himself doubly hard, working the gardens of some 200 homes, factories, nursing homes and community centres seven days a week. He also moonlit as a wedding photographer and saved up the red packets.

After his father retired soon after, he toiled the fields alone, pruning grass, loosening soil, applying fertiliser, as a one-man show till at 30, he took stock and became convinced of this: "If I continue to be a grasscutter, I will die very fast."

As he laboured under the sun for hours, wiping dirt and manure off his face, trying to resurrect ailing plants, he observed swimming pool cleaners sashay in and out of jobs, their clothes pristine, in 20 minutes flat. They were unshackled to mowers and brooms, unlike him.

In 1989, he cobbled together $20,000 - by selling all he had and borrowing $7,000 from his brother-in-law - to buy over a swimming pool maintenance business, which had 21 pools on contract. It demanded a leap of faith. "People told me: Every house has grass and grass grows all the time. But not every house has a swimming pool. People said this business cannot grow. But if you don't try, you never know," he recounts.

Three years later, he was swimming in customers. Within another five years, the sole proprietor had grown his customer base 10-fold. He had also hired 15 sub-contractors, and diversified into importing his own filters and pumps and building pool decks. By 1996, he had set up a swimming pool equipment shop in Watten Estate, which has since grown into a 3,400 sq ft office and warehouse at Bukit Batok Crescent.

Mr Anthony Lim, 64, managing director of a swimming pool equipment supply company, who has known Mr Ang for 25 years, has not seen him take a single day off, except for his late father's funeral. "Very hard to find another person as hardworking as him," he relates.

Other long-time friends and clients remember Mr Ang's honest determination to honour his commitments, even from the time when he did not have much.

He says he never once advertised for his company, Clearwater Services, but just concentrated "on doing a good job" every day. But his business grew by word of mouth, especially among real estate agents and the wealthy with multiple rental houses, who valued his reliability. By last year, he had 1,100 permanent home pool maintenance contracts under his belt. He was turning over $5 million a year, building, installing and maintaining home pools, with more than 50 employees on his payroll.

His was one of the biggest swimming pool companies here in terms of the number of pools it serviced. Last October, he sold off the business for $2.35 million.

When Mr Ang went to cash in his cheque, the bank teller asked him if he had struck lottery.

He replied in Mandarin: "No, I haven't. I just exchanged 30 years of my youth for this. When you have all your material stuff, you have no more youth left. Fair trade."

Cleaning his own pool

For the last 10 years, the man who cleaned pools for a living has enjoyed one in his own backyard.

He steadily upgraded from a Bukit Batok five-room flat to a West Coast condominium, then put in a pool in the last three semi-detached houses he lived in in Faber Green, Hillview and Lorong Chuan. He will soon move into a newly renovated, semi-detached house in Bukit Timah, with a Mercedes-Benz S400 Class parked out front, and a pool out back. He is lucky, very lucky, he keeps reiterating.

He hardly ever takes a dip except when he is "very hot" after cleaning his pool or mowing his lawn, which he insists on doing himself. Similarly, his wife, who has refused a maid all these years, does all the housework herself, including caring for their pet dog, hamster, rabbit, marine fish and koi.

They have three daughters - Yue Li, 24, an international relations graduate from London, Yue Hua 22, studying at the National University of Singapore on a scholarship, and Yue Yue, 15, who attends Beatty Secondary School.

They holiday about thrice a year now, working down his bucket list to visit at least 30 countries, which has included Finland, Bhutan and Nepal so far.

After selling off his business, which was getting increasingly challenging because of foreign labour curbs, he feels only sweet relief now. "All my life, I've worked very hard, a one-man show, trying to make something out of nothing," the free-thinker says in Mandarin. "Only today, I feel free."

"Zhuang ye rong yi, shou ye nan (easy to start a business, hard to keep it going). Now I'm here to zhuang ye (start up)," he says, pointing at the field of green. "However it turns out, this will be my bonus."

He says he has already achieved the Singapore Dream, which he defines as amassing enough to retire on.