Taylor Swift, who has spoken out against Spotify and Apple, is now taking on YouTube over its payments to artists.

Swift has joined some 180 recording artists and labels, which include Paul McCartney, Kings Of Leon and U2, in petitioning for the US Congress to reform the Digital Millennium Copyright Act (DMCA).

They are putting forth the case that the current online copyright law allows sites such as YouTube to "generate huge profits" by catering to the convenience of the consumer, which comes at a cost to artists and songwriters who see their earnings diminished.

"We ask you to enact sensible reform that balances the interests of creators with the interests of the companies who exploit music for their financial enrichment. It's only then that consumers will truly benefit," the letter, which will be published in top US political websites this week, read. 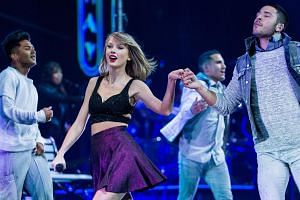 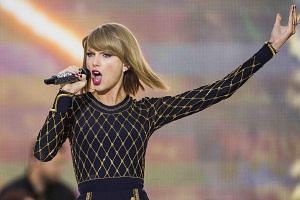 But it said in a statement back in April: "Any claim that the DMCA safe harbours are responsible for a 'value gap' for music on YouTube is simply false."

YouTube, which currently has over a billion users in 88 countries, has responded with a statement that claims it has paid out over US$3 billion (S$4 billion) to the music industry "despite being a platform that caters to largely light music listeners".

It added: "The voices of the artists are being heard, and we're working through details with the labels and independent music organisations who directly manage the deals with us."

In 2014, Swift took on Spotify by pulling out all her songs from the music streaming service as she said she did not like the idea of giving out her songs for free.

The tech giant swiftly responded and Swift has since gone on to star in Apple Music's ads.