The Singapore International Festival of Arts is reinventing itself, but much more can be done to promote the event 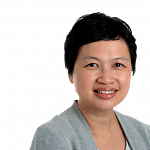 When I first thumbed through the austere maroon programme guide to the ongoing Singapore International Festival of Arts, let's just say I did not have the urge to rush out and buy tickets.

A talky opera about a dead artist and profiteering scientists. A performance art piece spread out over 50 continuous hours. An avant-garde take on Peter Pan from sought-after director Robert Wilson, whose works have previously left me cold. These were some of the headline acts.

And then there was the pretentious-sounding festival theme, Legacy And The Expanded Classic.

At the helm of home-grown group TheatreWorks, he was behind some of the earliest independent showcases of a wide spectrum of Singapore plays. These included 1992's Theatre Carnival On The Hill, and he has been a globe-trotting director whose collaborators included major artists such as Chinese-American composer Bright Sheng, and Australian composer and outgoing Edinburgh International Festival director Jonathan Mills.

Wherever one stands on the subject of his cerebral and frequently contentious theatre productions, few arts insiders would deny that he has the vision, risk-taking appetite and contact book to programme a major festival of both international standing and local relevance.

And the stakes are high - what was previously known as the Singapore Arts Festival had suffered from dwindling attendances in an increasingly saturated arts landscape.

The National Arts Council-run festival went on hiatus for a year before re-emerging as the Singapore International Festival of Arts this year under an independent company. Ong was appointed festival director for a four-year term, an arrangement similar to arts festivals elsewhere which rotate the artist at the helm to ensure fresh ideas.

Seeing as I want the 37-year-old festival to grow rather than tank, I took the plunge and have seen three productions.

Comparing notes with other arts journalists who saw other shows, I have to say that the festival has on balance lived up to Ong's promise of "a three-star Michelin meal". A meal with strange, exotic and sometimes bizarre ingredients, artfully plated and producing an explosion of tastes and textures in your mouth.

Ritualistic Japanese kyogen dance drama, ancient Greek tragedy seen through a Korean lens and Middle Eastern drama may be alien to most Singaporeans, but through good word-of-mouth, they made up three of the four sold-out shows so far.

The festival comprises 12 productions spread out over six weeks, closing on Sept 21. Reviews have generally been positive, though opening act Facing Goya - the contemporary opera pitting art against science by major British composer Michael Nyman and directed by Ong - divided the critics.

The festival team, which includes actress and theatre educator Noorlinah Mohamed, has been canny enough to organise public talks and film screenings ahead of and alongside the main festival programme, to unspool for a general audience the lofty-sounding ideas in the festival guide.

Still, more can be done to promote the event and nurture awareness of the various nuances in artistic creation.

One could argue that Ong and his team have it easier this year because nearly all of the productions - apart from Facing Goya and Indian performance artist Nikhil Chopra's newly commissioned 50-hour work - have an established touring history.

Audiences may be less receptive to or less forgiving of next year's festival, for which Ong has commissioned brand new and hence untested works by noted Singaporean artists, in keeping with the nation's 50th anniversary and that festival's Post-Empire theme.

The journey I took to watching the exhilarating, complex and revelatory Disabled Theater is a telling one. It is a collaboration between renowned French choregrapher Jerome Bel and performers with intellectual disabilities from Swiss company Theater Hora.

I would not have bought tickets for this offbeat festival production last week if I had not caught a screening of one of Bel's dance films and a live webchat with the witty, straight-talking choreographer, which reeled me into his solo portraits of dancers and individuals. Part-confessional and part-performance, they feel at once spontaneous and yet layered.

This screening and webchat took place at the pre-festival outreach programme, The O.P.E.N., held in June and July.

I counted a little over 20 people in the audience at that screening - I'm not complaining because it made the experience quite intimate - but such a deficit of attention does not help the festival's attempts to promote itself.

Fortunately, the opening night of Disabled Theater that I attended looked to be over two-thirds full. But it deserved to be seen by more, as one of the rare occasions where people with disabilities are presented on a major arts platform - without condescension, with a genuine connection to the audience and prompting reflection on our own responses to disability.

The O.P.E.N. should introduce single ticketing for individual talks and screenings because the current ticketing format of a $45 access-all-areas pass is a deterrent to time-strapped arts lovers who cannot catch enough events to make the $45 worthwhile.

For year-round engagement with audiences, there should also be a downtown festival centre where such public outreach events could be held.

For example, the recently concluded Edinburgh International Festival had, alongside cutting-edge acts such as Germany's Tantztheater Wuppertal Pina Bausch, more accessible fare such as a new collaboration between South African choir Ladysmith Black Mambazo and Rambert and Royal Ballet dancers.

Without compromising the boldness of the overall festival, the inclusion of the odd familiar name would help bring in new audiences.

Beyond that, the challenge is to ease them into an edgier programme. For that, the Singapore International Festival of Arts team needs to step out of the four walls of the theatre and the six weeks of the festival to explore the engagement possibilities of other media and formats.

What do you think of this year's Singapore International Festival of Arts? E-mail stlife@sph.com.sg