A three- or four-day work week sounds like heaven. But it’s not always a good thing. There are caveats which bring us back down to earth. 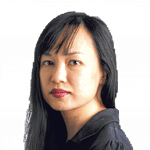 Is there an auspicious Chinese New Year phrase for "short work week"?

If there isn't, can we just yell out to the heavens: "zuo gong san tian" ("work for three days"), or "shi ban gong bei" ("half the effort for many times the gains")?

Perhaps someone more cultured and intelligent has a better suggestion. Don't yell one for "four-day work week", please, as "four" in Mandarin sounds like "death".

We love it when our work weeks are shortened by public holidays such as CNY on Feb 16 and 17. But what if every week becomes just as short?

ST Facebook readers were all agog when The Straits Times ran a report on a New Zealand company testing a four-day work week in March.

Some were saying "Can sgp too?" and "time to relocate".

What's the catch? Read on to see how it sometimes sounds too good to be true.

"My family's in Singapore, so I can easily see them after work. But my colleagues have to travel back to their home towns, so they do not have that luxury." - Royal Plaza on Scotts guest services executive Dragon Chua, on working for the first four days of the CNY season. His kind decision meant that some foreign colleagues could spend the holiday with loved ones back home.

138
Number of FairPrice stores that would have been open on the first day of CNY. Thanks, FairPrice staff.

More than 900
Number of general practitioner clinics that would have been open during the Chinese New Year holiday. Thanks, doctors.

"There is no difference if it's Chinese New Year or not. Burglars don't have holidays, we don't either. We have to be on guard 24 hours a day." - Mr Chang Fumao, the head of the canine patrol, who has trained the dogs for more than 30 years. There's no CNY holiday for the unit, even as China welcomes Year of the Dog.

In some countries, leave entitlement depends on the worker's length of time in a company. In China, workers are not entitled to any paid leave during their first year in employment, according to The Telegraph.

The allowance then rises to five days for up to 10 years of work. After serving more than 10 years, it rises to 10 days. It is goes up to 15 days after more than 20 years.

However, as one of the most cherished CNY traditions is the reunion dinner, workers do get a national holiday in China that starts from Chinese New Year's Eve, and lasts seven days.

In Singapore, there are instances of workers not getting a day off for long stretches of time.

"I find the resistance of many Singaporean employers towards giving rest days disturbing." - A Straits Times writer in an opinion piece during the year foreign domestic helpers became entitled to a weekly rest day.

2013
The year that foreign domestic workers were granted a basic labour right - a weekly rest day.

There's hope that the needle can be shifted to a shorter work week. It had happened before.

1926
The year when one of America's foremost industrialists, Mr Henry Ford, proposed a five-day week when a six-day work week was the norm, and workers would receive the same pay.

"Now we know from our experience in changing from six to five days and back again that we can get at least as great production in five days as we can in six." - Mr Ford, on testing worker productivity for his five-day week proposal, in a writeup by The New Yorker.

"The five day week is not the ultimate, and neither is the eight hour day. It is enough to manage what we are equipped to manage and to let the future take care of itself. It will anyway. That is its habit." - Mr Ford, on seeing the five-day week as just one step in ongoing efforts to reduce working hours.

"Maybe it's time to take Friday off every so often. How about ending work at noon on Fridays, as is the practice of many Jews, to bring in the weekend in a gradual way? The trade-off, if necessary, would involve adding a small increase of one hour per day to the normal Monday through Friday schedule. That approach is actually my personal favourite." - Mr Allard Dembe, who warned "a four-day work week could be hazardous to your health", in an article on CNN.

Perpetual Guardian, a trustee company, is purportedly the first major business in New Zealand to test a four-day work week in March.

200
Number of employees undergoing the trial in 16 offices in New Zealand over a period of six weeks.

32
Number of hours they will work in a week, instead of 40 hours. They will not work longer hours for the four work days.

"We have seen cases where employees work longer hours for fewer days of the week or they earn 75 per cent of their full-time salary, but that is not what we are doing here." - Perpetual Guardian founder Andrew Barnes, on testing out a four-day work week, speaking to the NZ Herald.

Sounds good, if they truly can keep the number of hours unchanged.

The proof of the pudding is in the eating.

A writer from Fast Company tried a four-day work week for a month, and ended up more stressed.

"I learned to implement some good work habits, but I felt very rushed to do everything." - Ms Anisa Purbasari Horton.

In 1974, Britain shifted to a three-day work week in an effort to conserve coal supplies and electrical power.

In 2018, another instance of negotiation brought about a deal for Germany's metal and electrical industries.

Employers and trade union representatives agreed on the possibility of workers reducing their hours from 35 to 28 hours per week for two years, should they need to look after children or care for older relatives. This is part of a broader deal, including a pay hike of 4.3 per cent from April in 2018.

3.9 million
Number of workers in the sector nationwide to eventually get the deal. The powerful IG Metall union announced the agreement was to initially cover workers in the southern German state of Baden-Württemberg.

15 hours
Number of hours that the working week would be drastically cut to by 2030, according to a prediction by British economist John Maynard Keynes in 1930. What will a weekend be by then? Five days of rest, that's what it will be.

"Keynes also got it spectacularly wrong. Rising living standards have not led to people deciding that they can satisfy their material desires through a much truncated working week... Workers in the West are told to work longer and harder to meet the brutal competitive challenge from the east. If Keynes was right about a life of leisure, more of us would be working four-day weeks." - The Guardian.

Listen to this NPR podcast as his family's grandchildren help explain why he was so wrong. One of them even said Mr Keynes "died from working too hard".

"What is a weekend?" - Dowager Countess of Grantham, a rich, aristocratic character from TV series Downton Abbey. For people who don't have to be involved in any kind of work, what need do they have to think about things like "weekend", "days off", "public holidays" and "work week"?

It sounds wonderful to never have had to work. But in the era that was portrayed, in the 1910s and 1920s, the enjoyable fictional world of Downton Abbey was far from the brutal reality of upper-class attitudes, according to a Guardian opinion piece.

"Downton's conservative aristocrats would have been far more abusive - verbally and actually: Mocking, sneering and complaining about their servants was standard Edwardian and inter-war conversation."

This is just one specific example of rich people behaving badly. But if we were one of them, what would it feel like not caring when the week started or ended, while others toiled through the week for too little?