SundayLife! spends one day with Pulau Ubin residents to photograph them and experience life on the island 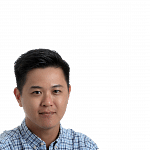 He sits in the driver's seat with one leg propped up. A worn, yellowing polo T-shirt hangs loose on his tanned, scrawny frame.

"What do you want?" asks the driver in the beaten-up mini bus, raising his eyebrows over beady eyes.

I am at Pulau Ubin for the day, trying to find someone to let me spend a day with and photograph his life.

"I can help you," says the man, rolling a cigarette from loose tobacco. "I'll take you to meet some of the friendlier residents."

And so begins my journey with Mr Lim Cheng Tek, 56.

A former islander, he was born and grew up in a kampung on Ubin, but moved to a flat in Changi Village in 2000 so that his three children, now aged 18, 16 and eight, could attend school on mainland Singapore.

These days, he and his homemaker wife still live in Changi Village, but he takes the 15-minute ferry ride to and from Ubin daily, where he works as a taxi driver.

As we grind along the sandy roads, he tells me he prefers the austere life on Ubin. "Living in a flat is like living in a prison," he says. "Everyone goes home and shuts the front door. How is this different from a prison cell?"

Last Sunday, the Government announced plans to conserve and protect the rustic charm of the north-eastern island. These initiatives, which will take place over the next few years, include restoring its eroding shorelines, reforestation and preserving its wildlife.

But Ubin's rustic beauty, it seems, is not enough to keep residents rooted. Since 1987, the island's population has dwindled from about 1,000 to 30.

We pull up in front of a wooden house, painted mint green. Looking like it is held together by nothing but a handful of nails, the simple dwelling is home to Mr Tan Leong Kiat.

It was his love for cultivating medicinal herbs that brought the 84-year-old to Pulau Ubin 24 years ago.

"There was no place for me to grow my herbs near my flat in Bishan. So my friends suggested I move to Pulau Ubin," says Mr Tan, who was a pig farmer before he retired.

And so he moved. He sank $10,000 in savings into his mint-green house and never looked back.

Mr Tan's eight children and 25 grandchildren visit him on some weekends. His wife lives on the mainland and runs a dessert stall in Bedok.

For the most part, he lives alone, and spends his time growing and foraging for medicinal herbs, then selling them for a small allowance of about $500 each month.

Ubin natives mostly earn their keep running small businesses like bicycle rental, taxi services and restaurants that cater to the 2,000 to 3,000 visitors every weekend.

Mr Chu Yok Choon, a long-time resident, says: "We don't make a lot of money. But it is enough to get by."

"There's nothing to spend your money on on the island anyway," adds the 69-year-old, who declines to reveal how much he earns.

Together with his wife, he runs a bicycle rental business near the jetty where the cluster of shops and eateries are. Depending on the type of bicycle, rental costs $5 to $20 at his shop.

The locals fondly refer to the place as "Orchard Road" because of the commercial activities there.

Mr Chu met his wife, Yang Hui Qing, 60, on the island. They grew up, got married, and hosted their wedding banquet on the island more than 30 years ago.

Although Mr Chu's son and daughter have started their own families on the mainland, the family makes it a point to have their Chinese New Year's eve reunion dinner on the island every year.

Mention the Government's plans to conserve the eco-system of the island, and Mr Chu says: "We are more concerned about the practical aspects of our daily living."

But he acknowledges that it is also important to "preserve Ubin as much as possible". "Otherwise visitors will stop coming and that will affect our livelihood."

As the sun sets, the island gets quieter and visitors hurriedly make their way to the jetty to catch the last ferry out.

Save for the rumbling of diesel-powered generators and occasional chattering from residents nursing bottles of beer at the nearby seafood restaurant, the island folds itself into a soothing stillness.

I stand by the door of Mr Chu's bicycle shop and silently observe him having dinner with his wife and brother-in-law. Theirs is simple fare: leftovers from lunch, fried fish and bitter gourd.

Mr Chu is reluctant to move to the mainland because of the high cost of living, he says. But I suspect that the real reason is his emotional attachment to the island once known for its granite quarries.

The Ubin way of life, after all, is the only kind he has ever known.

Share your thoughts on the proposed conservation of Pulau Ubin.