NEW YORK (AFP) - The long-awaited new song by British pop star Adele has enjoyed a phenomenal start, marking the biggest debut of any video this year on YouTube.

The ballad Hello averaged 1 million views per hour in the first two days after its release last Friday, with more than 92 million views as of Tuesday afternoon in the United States.

The video website, in a blog post Tuesday, said that the debut was the biggest for any video in 2015, surpassing the release of the trailer for Star Wars: Episode XII - The Force Awakens, the latest in the blockbuster science-fiction saga. 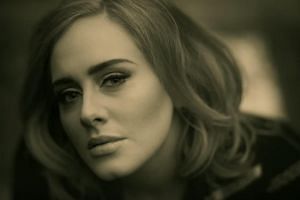 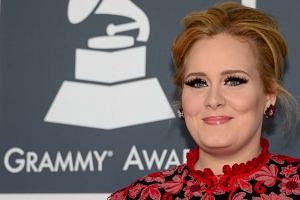 Vevo, the video-hosting platform backed by major music labels and YouTube owner Google, said that Hello broke its own record with more than 27 million views in its first 24 hours.

Music industry journal Billboard said that Hello was also on track to beat the record for first-week digital sales of a single in the United States.

Hello is the initial single off 25, Adele's first album in four years, which comes out on November 20.

Her last album 21 - which featured the heartache song Someone Like You - was the top-seller in the US for two years in a row and the biggest album by far in Britain in this century.

Adele still has a way to go to break the all-time YouTube record, however.

South Korean star Psy's Gangnam Style, accompanied by an equestrian-like dance that went viral around the world, holds the record at more than 2.4 billion views.