Last year, on a whim, Francis David gathered five friends in their 50s and 60s and set up a rock band, Project Schneider.

They play the Rolling Stones, Radiohead, Eric Clapton and Matchbox 20 during weekly jamming sessions in a hired studio at Aljunied.

They made their public debut at Our Tampines Hub on Sept 12 and 16, playing at community gatherings organised by the People's Association.

David, 55, works in finance, but plays rhythm and guitar to feel alive.

Like the rest of the band members, his children are grown up - his son is 37 and daughter 18 - and need him less. "You're left with a lot of time," he says.

He and his friends now play cover songs, but he has hopes of recording an album of original music.

"We won't restrict ourselves to what we can do," he says. 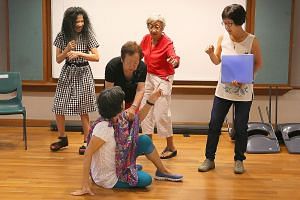 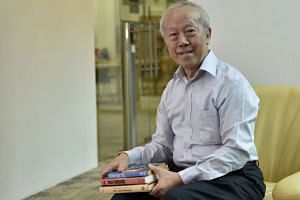 Pillai, who works in logistics, says music relieves the stress of his job.

"I think it's something that kept me alive till today. With all the pressures you have, you can collapse."

The band's members all took music lessons as children and continued to play sporadically over the years, mostly at their churches.

They also got to know one another through gigs at the Changi Club, playing hits from the 1960s and 1970s on dance nights.

Fernandez, who works in the oil industry, says: "Music is a great form of therapy and you don't need to be talented to play an instrument.

"It's about getting together and keeping the mind occupied. I strongly encourage most people who have passed their 50s to consider playing an instrument."

A version of this article appeared in the print edition of The Straits Times on September 26, 2017, with the headline 'Never too late to be in a rock band'. Subscribe
Topics:
More
Whatsapp Linkedin FB Messenger Telegram Reddit WeChat Pinterest Print Purchase Article Copy permalink