A Car of the Year has to be quite special. It has to be a game-changer. A trailblazer. Often, a maverick. It has to raise the bar - significantly.

Who would have thought such a car could have a 1.5-litre threecylinder engine and that the engine sends it to 100kmh in 4.4 seconds?

But the car's carbon-fibre structure has made it featherweight and there is a 96kW electric motor assisting the engine. Together, they make 360bhp and 570Nm of torque. 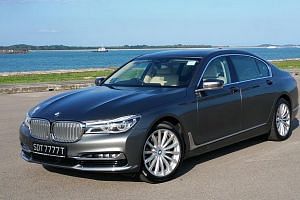 Close fight for No. 2 spot 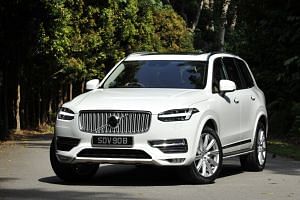 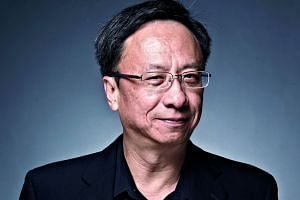 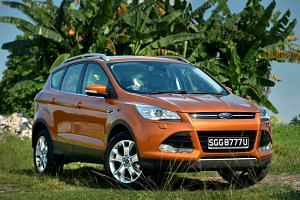 And if you plug in to charge its lithium battery pack often, you will be able to cover 100km on just 2.1 litres of petrol.

The judges were clearly wowed by the car. Even though it was launched in late November last year - and thus could not make it into the 2014 nominations - its merits remained clear in their minds after 12 months.

Only all-new models sold by authorised dealers and launched between mid-November last year and mid-November this year qualify for Car of the Year.

Hence, when the votes were cast, the plug-in petrol-electric racer garnered 275 points - beating the runner-up, the new BMW 7-series, by 39 points.

The winning margin is unprecedented. Usually, it is a close contest - last year's winner, the BMW i3, won by just one point.

Straits Times senior correspondent Christopher Tan says: "Most of us felt the i8 was special, but not everyone thought it would win.

"The fact that it won so convincingly says something about the car as well as the voting system."

Regular Torque contributor Lynn Tan says: "The BMW i8 deserves to be Car of the Year 2015 because it possesses that elusive X factor and it has everything you want in a sportscar - looks, performance and, best of all, value for money. And it really makes you feel like you are driving the future."

But Torque senior writer Jeremy Chua, one of the youngest judges, retorts: "The i8 is fast and exotic. But it's also a car for the PlayStation generation, which makes me feel older than I am."

Sure, two i-car winners in a row is bound to create some sort of controversy. But, as before, the voting regimen was rigorous and thorough.

A maximum of five points could be given to any one attribute of each car. Contenders were judged according to their peers and not against one another.

This is the second win for BMW since The Straits Times Car of the Year started in 2003. But the other contenders deserve their share of accolades too.

Regular Torque contributor Kevin Chin says of the Audi Q7: "While it has lost some of its presence with its new styling, it is still a cut above all other luxury SUVs with its refinement, comfort, build quality and equipment level.

"Best of all, it is more efficient and drives better than the old car."

Engineer Shreejit Changaroth sings praises of the diminutive Mazda 2: "Refined, dynamically brilliant and high on build quality, it is, without question, the best small car you can buy today. Raises the class standard by two notches."

And the Kia Sorento garnered the fewest points at 198. Even so, it is among the top 10 out of more than 50 brand new models.

How the final 10 fared

A version of this article appeared in the print edition of The Straits Times on December 19, 2015, with the headline 'Resounding win for i8 Straits Times Car of the Year past winners'. Subscribe
Topics:
More
Whatsapp Linkedin FB Messenger Telegram Reddit WeChat Pinterest Print Purchase Article Copy permalink