Making a dash for the total eclipse

Instead of settling for a partial eclipse, I was glad I made the last-minute effort to catch the total eclipse of the sun 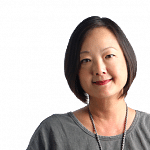 You'd think we would have been better prepared. After all, people had been anticipating the solar eclipse on Aug 21 for, what, only months?

But there we were, on the morning of the scheduled celestial event, having not staked out a place where we could see the total obscuration. Our saving grace was that my husband had had the presence of mind to buy several pairs of eclipse glasses before they were sold out, so we would at least be able to see the partial eclipse, like everyone else in the country.

Clearly we weren't that committed, as there was no shortage of options. Towns all along the vast swathe of the path of totality had been eagerly grabbing this once-in-a-lifetime chance of their two minutes of fame and rolling out the red carpet. Accommodations in no-name places had been filling up, as had "reservations" in open spaces for eclipse parties.

A friend's family in the north-east, who were definitely committed, had long booked their summer vacation in Oregon. We, in North Carolina (NC), didn't even have to go that far. The husband had found a high vantage point in the NC mountains called Knob Creek. We didn't know anything about it, but had every intention of going there.

After all, it seemed wrong not to make the effort to watch a solar eclipse right here in our own backyard, even if it wasn't the first time we had witnessed one.

In December 2002, we happened to be on holiday in Sydney with our two young children when an eclipse was due. It hadn't been planned and we'd forgotten about it, as one is wont to do when travelling with two children under five.

But, amazingly and serendipitously, we had chosen to have an early dinner at a little restaurant in a bay across the harbour. It had a stunning view of the city skyline, under a sun that was being eaten up by the moon.

Though it was only a partial eclipse in Sydney, and one that was over in minutes, it was still a memorable sight.

This time, we had had ample notice. And yet, as the day of the eclipse dawned, we were still in Chapel Hill, snowed under by a particularly busy period of moving first my daughter to college, and then my in-laws to their new home.

We were plain exhausted, to be honest. I was ready to compromise. We could still see something like 95 to 99 per cent of the eclipse if we stayed put. Wasn't that good enough?

But as the morning wore on, we could already feel the pangs of regret for letting the opportunity pass us by. At the last possible minute, we hopped into the car, armed with our glasses and my husband's photographic equipment, and made for South Carolina.

The timing was tight. The total eclipse was due in 31/2 hours, at around 2.40pm, and the town we had chosen was three hours and 15 minutes away. Not much of a buffer, if traffic got bad.

It's all right, I kept saying. We can pull over if we know we won't get there on time and watch it from anywhere. Just getting closer is good enough.

Let's just try, urged my husband, while I pored over Google Maps for a closer destination in the path of totality.

In spite of my misgivings, we settled on the town of Sumter, South Carolina, the straightest shot in our trajectory. We knew nothing of Sumter, population 40,700, but it too was having an eclipse watch party in the park. We decided to make for the historic downtown instead, thinking it might be lively there.

The planets must have aligned for our sakes because the roads were clear. As we got closer to our destination, we saw people sitting out in their yards or gathering in open spaces, getting ready for the show.

We pulled in to Sumter with a good half hour to spare. As we drove down its tidy main street, we saw people spilling out on the sidewalk outside bars and restaurants. They had beers in their hands. Everyone seemed to be enjoying themselves, even in the bright afternoon heat.

Parking was a cinch on the street. Inside the bars, giant TVs were playing some science channel with wall-to-wall eclipse overage. It felt like the World Cup. I peered up into the sky through my solar spectacles - the sun looked like a cookie with a bite taken out of it.

How different it must have been, centuries ago, when human beings must have been petrified to see the sun engulfed by blackness. In 2017, we were all heady, awaiting the momentous event. At least a dozen people came up and asked to look into the camera.

We struck up a conversation with a couple of photography buffs who had driven 20 hours from Montreal. I wondered how often Sumter had visitors who had come so far.

And while we exchanged pleasantries with strangers, the moon and sun continued to cross paths. The light began to change, subtly at first, dimming ever so slightly, gaining this weird, brittle quality. As the sun got smaller, our shadows seemed to get sharper, while the light shining through the leaves on the trees threw shadows shaped like crescents.

Still it got darker, until the street lamps came on and crickets began to chirp. In the darkening sky, the planet Venus shone brightly.

Through the solar glasses, I watched the sickle-shaped sun grow thinner and thinner until it was a mere spark and even that went out altogether.

At that point, my eclipse glasses went totally dark. I removed them from my face and it became abundantly clear that chasing totality had not been for nothing.

The claps and cheers that had broken out just then died away. We stared up at the sky, mouths agape, at an alien black orb with a glowing corona streaming from it.

For an all-too-brief minute and 20 seconds, we drank in our sun-moon as we had never seen it, before the burst of light they call the diamond ring flared, and the total eclipse had passed.

I was never so glad that we hadn't settled for 99 per cent. And that while we may not have been wholehearted about making this trip at first, we put aside all reservations and tiredness and followed our impulse.

The rest of the day was nearly as perfect. We had a late lunch of beer and fried oysters, and paid a brief visit to a Civil War battlefield before we made our leisurely drive home through country roads.

Along the way, we found out that some close friends had coincidentally made the same journey as us and we wound up having an unplanned dinner together on the road.

That night and the next day, we exchanged notes with friends and relatives who had seen the eclipse in its partial version. It was pretty cool, they said.

Yes, it was, and I didn't have the heart to tell them how they had missed something that was a whole order of magnitude more awesome.

As someone who has seen 12 total eclipses says on his website, it's like standing outside a steakhouse and smelling the aroma of a sizzling steak. You'll never know what you've missed till you've had a bite.

In life, it's impossible to seize every opportunity that comes our way and no one can live every day like it is the last. But the next time my heart calls, I hope I don't hesitate to heed it. Something out of the ordinary could be waiting at the end of that road.

A version of this article appeared in the print edition of The Sunday Times on September 03, 2017, with the headline Making a dash for the total eclipse. Subscribe