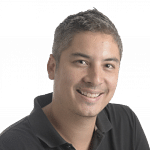 If you are out shopping at the supermarket and a three-year-old is face down on the floor, screaming and throwing a tantrum because he didn't get a Milo, it is very easy to shake your head and mutter: "Obviously, not enough discipline from the parents."

When you hear a story in the news about a teenager throwing a bicycle down a stairwell, it's likely that most of us will remark: "That boy's parents have a lot to answer for."

But I've stopped making such statements.

In my own small attempt to make the world a more compassionate place, I've stopped judging parents on the behaviour of their children because, while the way you raise and discipline a child has a massive impact on the sort of person he will become, sometimes, kids can just be total horrors.

When I was a younger man, untethered by the responsibilities of parenthood, I would probably have leapt to the convenient refrain of "I blame the parents". Nowadays, I still hear this phrase, mainly from 20something freewheelers who don't have kids, or 60something grandparents who raised toddlers so long ago they have forgotten what it's truly like.

In my experience of having two sons, currently aged five and three, I genuinely believe that humans are each born with a personality and that barely changes through their lives.

My two sons are different from each other in many respects and these differences have been there since Day One. In my opinion, a person holds the same base personality on Day 1,800 as he did on Day One.

I also believe that personality trumps parenting. You can be the most perfect, informed parent doing everything experts recommend, but your child may still be a raging Tasmanian Devil.

To choose the simplest example, when my two boys rush at me demanding candy just before dinner, and I tell them no, my younger boy will generally accept the High Court ruling and go about his business.

However, my elder boy will invariably explode into angry whining and ungrateful wailing. If I am to be conservative here, I estimate that this has happened once every day, between the ages of two and five. That is, approximately 1,000 times.

And for each of those times, my wife and I have applied an extensive variety of "good parenting" techniques.

We have attempted to reason with him, knelt down to his eye level and explained why he could not have candy, distracted him with a new task or game, replaced the candy with a healthy alternative, sent him to the Naughty Corner for a time-out, threatened to take away his TV privileges, offered a solution where he could complete chores for money to buy his own treats, hugged him, spanked him, yelled at him... everything.

We have probably tried every known approach to improve his behaviour during the thousand times it has cropped up, and still, he is the same boy, and he reacts the same way when I say "No candy".

Obviously, we can see that some people around us are more adept at being parents and others are worse in their parenting instincts, but muttering "I blame the parents" is just increasing the guilt and pressure mums and dads feel, and it's not really improving the world.

And you 25-year-olds with your flippant Simon Cowell-like opinions on how people should raise their kids, you come back to me when you've had a couple, show me their certificates of excellence, and then you can talk.

A version of this article appeared in the print edition of The Sunday Times on September 03, 2017, with the headline Kids behaving badly? Give parents a break. Subscribe