Park Mall has made the furniture retail business its calling card over the past 21 years, but the ageing mall went through several reinventions and a few owners before finding its niche.

The current 15-storey building opened in 1971. It was then known as Supreme House.

Back then, its anchor tenant, department store Metro, drew the crowds. Skillets Coffee House - a 24-hour cafe that was renamed Silver Spoon in 1980 - was also popular before its lease was not renewed in 2003.

The first change of owners for the mall came when Supreme Holdings sold the building to property and lifestyle company Wing Tai Holdings for $168 million in 1989.

Wing Tai renamed it Park Mall and positioned it as a fashion haven. After a 15-month, $40 million refurbishment, the mall reopened with Style Singapore, an umbrella retailer for leading local independent fashion designers, as one of its biggest tenants. It closed in 1994 after incurring losses of $2 million. 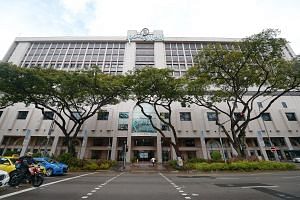 Park Mall to shut at end of September

In 1995, the mall's owners decided to focus on furniture and home furnishings.

Danish concept store Bolig became Park Mall's anchor tenant, only to give way to others such as Xtra,Living & Giving, a company specialising in home accessories, and Studio Line, which sold beds from Germany.

The switch to a furniture hub proved a good move. Wing Tai hit its $100 million target that it had projected for itself.

The 45-year-old mall will be demolished and redeveloped into two office blocks with a retail component, though plans have yet to be finalised.