LONDON - Details of celebrated British-Iraqi architect Zaha Hadid's £70 million (S$120 million) estate have been revealed in her will, in which she left sums of money to her relatives and business partner.

She left assets worth over £70.8 million when she died of a heart attack in Miami last March, aged 65, according to her will and grant of probate obtained by London magazine, The Architects' Journal.

After accounting for unpaid debts, her estate was worth more than £67 million.

German architect Patrik Schumacher, who now runs her practice Zaha Hadid Architects in London, will receive £500,000, being the only non-family beneficiary named in her will. 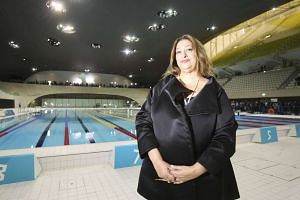 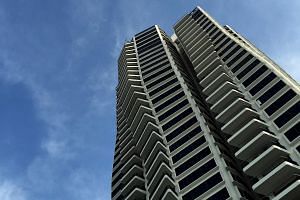 Hadid, who designed famous buildings such as the London Aquatics Centre and Guangzhou Opera House, was unmarried with no children. She also remembered her nieces, nephews and family members in her will.

Most of her wealth were held in her international design businesses, which she left in trust, reported The Guardian newspaper.

Zaha Hadid Architects, which she fully owned, turned over £48 million in the year ended April 2015. Her holdings also include her private wealth such as a penthouse in Clerkenwell in central London.

Schumacher was named as an executor of her will, along with her niece Rana Hadid, and two friends - artist Brian Clarke and property developer and former Serpentine Gallery chairman Peter Palumbo.

The four, also the trustees of charity the Zaha Hadid Foundation, have 125 years from the date of Hadid's death to distribute her estate.

According to The Architect's Journal, Palumbo was a client of Hadid's and jury chairman of the 2004 Pritzker Prize, which Hadid won - the first woman to do so.