Love them or hate them, the aunties and uncles on television and in films often play some of the most colourful characters.

Whether it is Rosie Phua's loud personality in the Channel 5 sitcom Phua Chu Kang Pte Ltd or Tan Ah Teck's never-ending moralistic storytelling in the sitcom Under One Roof, audiences have all seen a bit of them in real life somewhere.

The Sunday Times talks to six actors who have portrayed some of the most memorable aunties and uncles in Singapore television and film. Ang was stunned when she won the role of Rosie Phua, the contractor's wife known for her gaudy make-up and loud personality.

"I had gone to the audition as a favour for a producer friend. When I got the role, I thought it was one big joke. I felt like I was the complete opposite of her," she says.

So, Ang, then 28, parked herself at department store OG People's Park in Chinatown for days. "I watched the aunties shopping there to see how they carried themselves. I also modelled her after my aunt - she's loud and wants to know the latest gossip, but she's also protective of her family. I combined all of those things to play Rosie."

She is happy audiences came to love her portrayal of the character. "Rosie is very likable because I think everyone knows someone like her. She's in your face, but she will always be there for her loved ones."

While Ang claims to be the "opposite" of Rosie, she admits that some of the character's auntie ways have rubbed off on her. 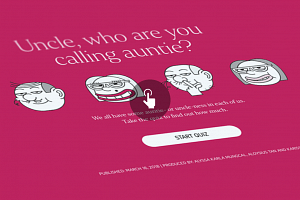 She says: "I love collecting door gifts. Once, I had to direct a roadshow for a bank, which involved going to different stations to collect door gifts. Of course, I went to every single one to get everything."

Her other "auntie" characteristic? "I have a wide collection of cards, like the Cold Storage or FairPrice ones.

"Years ago, when I started working, the cards I liked to collect were credit cards. But now, it's like, 'Do you have the PAssion Card?'" In the show, mini-mart owner Tan loves telling tediously long stories in the hope of teaching the listener some sort of moral lesson. He also tends to kick them off with the line, "Long before your time..."

Lim confesses that he is starting to sound "just as long-winded" as his famous character. "I noticed I started to tell longer stories as I got older. Also, I sometimes catch myself going, 'Back in the good old days when...', whenever I pass by a place that has changed. I guess this is a sign I've become an uncle."

Although people in the show are often exasperated with Tan's stories, the former actor believes that audiences liked the character because of how "genuine" he was.

"Tan Ah Teck always means well. He talks a lot, but he's a good person with a good heart," he says.

Lim, who has four granddaughters, does not mind being called an uncle in real life.

"I'm well past the age of just being an uncle so, of course, it is okay. I am already a grandfather."

Not that many people call him uncle anyway. Strangers prefer to call him Mr Tan.

"It just shows how popular the character was. Just the other day, a customs officer at immigration told me, 'Have a good day, Mr Tan.' The child actors were the stars of Jack Neo’s film I Not Stupid, but Low’s haughty businessman was just as memorable.

Mr Khoo loves to refer to himself as “limpeh”, which means “your father” in Hokkien, but is considered a rude term as it deems the speaker superior to those around him.

Low says in Mandarin: “Children who watched the movie started to imitate the character and say, ‘limpeh, limpeh’. I have been scolded by parents because they said I had taught their kids bad manners.” Mr Khoo is also one who talks very loudly to get his point across.

That came easily for Low because he is also very loud in real life, says the actor, who is married with three children.

“Before I became an actor, I had worked for years on a construction site in a supervisory role. The construction sites were, of course, very noisy, so I had to talk very loudly to the workers. I think it carried on from there.”

So, what is his “most uncle trait”? “You know those uncles who love to gather at coffee shops or hawker centres for food and kopi? I’m one of them. I love to meet my uncle friends, wear comfortable clothes and just sit at the coffee shop for a whole afternoon and chat. It’s relaxing.” “ When Prime Minister Lee Hsien Loong gave a speech at the opening of the new Mediacorp campus, he referred to me as Uncle Jayaram.

“People usually associate the word uncle with respect and address older men as uncle with affection. I feel blessed to receive so much respect and adoration from everyone,” he tells The Sunday Times in Tamil via an interpreter.

Much of that respect comes not just from his seniority in age, but because he has worked for such a long time in the industry.

He started out as a child actor, playing roles in theatre from the age of five and has since starred in numerous shows for Tamil language channel Vasantham.

Many of his television roles in more recent years are lovable uncle types and one particularly memorable one is that of MGR Sivaji in the sitcom Kudumbam United.

As the name suggests, MGR Sivaji is a big fan of Indian acting legends M.G. Ramachandran – more commonly known as as MGR – as well as Sivaji Ganesan. The two late actors were among the most popular stars of Tamil cinema during the 1960s and 1970s.

In the sitcom, MGR Sivaji shows his love of the actors by dressing up like both of them, as well as reciting some of their most famous movie lines. Audiences enjoyed the character’s earnestness and funny antics.

However, Jayaram believes that it is MGR Sivaji’s helpful nature that makes him everyone’s favourite uncle.

“He is always hearing out his family members and helping them to resolve their problems, which I can relate to. I also offer my family a listening ear,” says Jayaram, who is married with a daughter. Neo was enjoying plenty of success playing sweet old grandmother Liang Popo for popular comedy sketch show Comedy Night in the 1990s, but he realised that the role was running out of steam.

"I had played Liang Popo for more than a year and we had used up all the jokes we could think of for the role. The producers of Comedy Night decided it was time to create a new character, so we came up with Liang Ximei.

"We chose someone younger and made her very auntie because we felt that many viewers would be able to relate to her. It worked because we managed to write enough jokes for the character to last more than three years on the show," he says in Mandarin.

The jokes did not end there.

Liang Ximei, with her big hair and colourful printed outfits, has made a comeback twice in recent years, both times reprised by Neo in drag - first in the dialect television programme Happy Can Already! and recently on the big screen in his film, Wonderful! Liang Ximei The Movie, which has made $1.8 million in ticket sales since opening in cinemas last month.

Neo says: "Liang Ximei is very 'heartland'. She wants to know everyone's business. Some will find her annoying, but she is also kind. "

He denies sharing any of Liang's auntie traits. But the father of four children aged 13 to 27 says: "What I can relate to is that she is a parent. Liang Ximei blatantly favours her younger son, Albert, over her older one, Robert. I try to be as fair as possible to all my kids." In the long-form Channel 5 drama Tanglin, Salmah has something to say about every aspect of her daughters' lives, whether it is her younger daughter Norleena's parenting skills or her elder daughter Nadiah's dating life.

But Mastura, who plays the character, says this is only because she "really cares". "I think Salmah is quite misunderstood sometimes. She's so kaypoh (Hokkien slang for nosy) and wants to know everything, but it's because she loves her family. She just wants to help."

The veteran actress can relate to the caring aspect. "I've always been the type of person to look out for other people and that's something I learnt from all the wonderful makciks (Malay for aunties) while growing up in the kampung."

She says: "Once, when I was six years old, my mother got very sick and my father was away. We didn't have mobile phones in those days, but makciks have an excellent communication network.

"Many of my mother's friends and relatives came to our house to check in on her within hours of her falling ill. It was quite amazing."

Mastura, who is married with four children aged 17 to 24, quickly denies being the gossipy type in real life. "I'm quite a private person and I don't disturb people about their personal lives. I enjoy playing Salmah, but I'm not that type of auntie, lah." 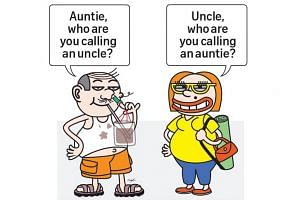 Be it uncle or auntie, wear the badge proudly 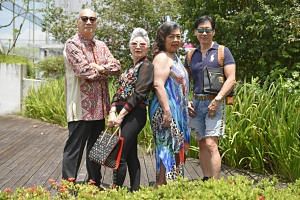 For these 4 stylish seniors, age is nothing but a number 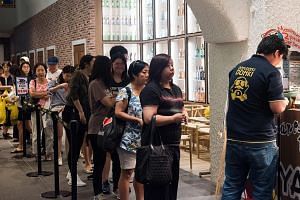 Get more bang for your buck: 12 value-for-money deals 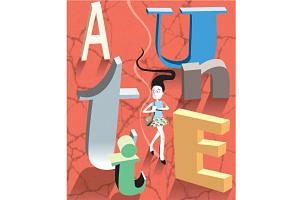 Me? I'm no auntie 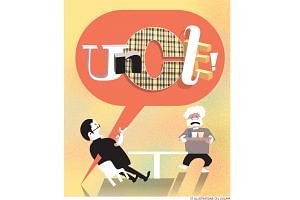 Call me an uncle, see if I care 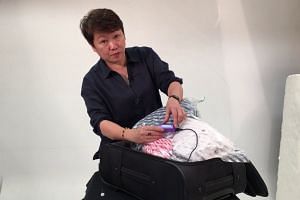 Must-haves for a savvy packer to travel light 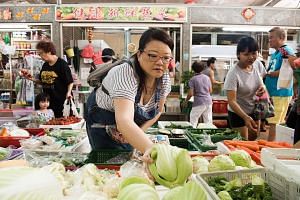 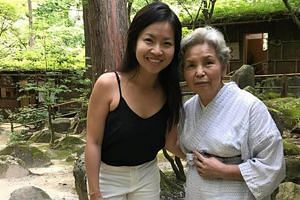 Aunties and uncles around the world: Faces of kindness on the road

A version of this article appeared in the print edition of The Sunday Times on March 18, 2018, with the headline 'Ham it up on screen'. Subscribe
Topics:
More
Whatsapp Linkedin FB Messenger Telegram Reddit WeChat Pinterest Print Purchase Article Copy permalink