CALIFORNIA (THE WASHINGTON POST) - Northern California wine country wants you to know: It is open for business.

Last month's wildfires across Napa, Sonoma, Mendocino, Lake and Solano counties sparked countless headlines about wine country burning. Dramatic photos of the winery at Signorello Vineyards engulfed in flames fed fears that venerable wineries along Napa's Silverado Trail or nearby Atlas Peak, where the conflagration started, were also destroyed. Alarmist headlines spelled the ruin of the 2017 vintage and predicted price increases and shortages in future years. Thankfully, these turned out not to be true.

To be sure, the fires were the deadliest in California history. At least 42 people perished and thousands of buildings burned to the ground. Most of those were homes, displacing thousands of families into a crowded housing market that was already experiencing a shortage before the fires broke out. A handful of wineries burned down; dozens more were damaged. Vineyards were singed, though we probably will not know the full extent of the fires' effect on vines until next year or even later. Vineyards actually served as firebreaks, protecting many wineries from the flames' fury.

The fires threatened the cities of Napa, Sonoma and Calistoga, yet these were all spared major damage by the heroic efforts of firefighters from Cal Fire and volunteers from across the country and even around the world."Downtown Sonoma is perfectly fine," says Sarah Stierch, a freelance writer based in the historic town at the heart of California wine country. "We suffered no damage, and it's as bucolic and lovely as ever." The fires threatened Buena Vista and Bartholomew Park wineries on Sonoma's outskirts, causing Stierch and her neighbors to evacuate, but the historical landmarks were saved, she said in an email.

Stierch became a hero to many during the fires with her levelheaded reporting over Twitter and Facebook, using social media at its best to keep locals informed of the latest evacuation notices and the progress of the fires. Those of us in safety hung on her every post and tweet as we worried about family, friends and favorite landmarks.

As I write this, estimates of the fires' economic toll have topped US$3 billion (S$4.09 billion). Much of that will be lost tourism revenue, as fall is high season for hotels, restaurants and wineries welcoming visitors to wine country. As soon as the fires spread to the national headlines, many tourism-based businesses began receiving cancellations."I've spoken with countless winery staff, winemakers, vineyard owners, hotel concierges, and chefs, all who have acknowledged that visitors have been canceling left and right, fearing that they'll witness terrible devastation surrounding the area, and/or bad air quality," Stierch wrote me. "One colleague who works at a tour company stated that 75 per cent of their business canceled for the next month due to those fears." And yet, she says, most of the damage is on hillsides and more mountainous areas off the beaten tourist path. "Napa Valley has little damage. It's as beautiful as ever," she says. "If you drive up Highway 12 from Sonoma to Santa Rosa" - another major wine country route - "you'll pass wineries like B.R. Cohn, Ledson, Chateau St. Jean and Kenwood" - which received some damage - "and you'll see where the fires burned in some parklands and some damaged houses along the road." If you explore the higher elevations, around Mount Veeder or Atlas Peak in Napa, or along the routes connecting Napa and Sonoma counties across the Mayacamas, you will see more of the fires' effects.

Carole Meredith, one of California's most preeminent viticulturists, watched the fires from her home on Mount Veeder, where she and her husband, Steve Lagier, have a small vineyard and winery. They finally evacuated as the flames approached, and then they returned days later to find their home intact and their property relatively unscathed. Mountain vineyards, considered prime property, were more at risk than valley plantings because they have more vegetation around and between the vine rows, Meredith said in an email. Even so, the damage to vines was limited to the outer rows of vineyards and infrastructure, such as fence posts and drainage systems. 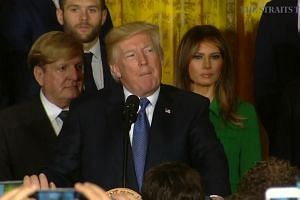 The more lasting damage may come not from fires, but from popular misconceptions that smoke has ruined the vintage. "Almost all of the 2017 fruit was in the wineries, so it will be unaffected," Meredith said. "For a few who picked during or after the fire, of course smoke taint is the big concern. Even if they don't actually have it, they will have to fight the perception that they have it. And all the wine producers in Napa and Sonoma are going to have to overcome the false perception that the 2017 vintage has been ruined. That will take a lot of effort." There were wineries that frantically picked the remaining grapes as the fires swept down the hillsides, and I've seen news reports and social media posts suggesting that vineyard workers were not provided protective gear. Smoke can taint human lungs, too, and we may hear of wineries being questioned for valuing the grapes over employees.

But fear has turned to resilience. We will hear a lot more stories of heroism and selfless generosity, of people who helped save others' homes as they watched their own burn, or offered a spare bedroom or couch to strangers in need. The effects of these fires will be felt for years. And in the years to come, as we raise our glasses of California vintage 2017, we can toast, #NapaStrong, #SonomaStrong.