(THE STAR/ASIA NEWS NETWORK) - Given the choice between cheap chicken and life-saving antibiotic drugs, what is our pick?

It is cheap chicken, of course – that has essentially been the choice made in this country and around the world.

Today’s chicken, produced under intensive farming conditions that involve the widespread use of antibiotics, is sold at a relatively low price. But there is a cost: the rise of “superbugs” resistant to standard antibiotics.

For the love of flesh, we put our own flesh at risk. As more antibiotics become ineffective, old infections such as gonorrhoea are becoming almost untreatable. In Kelantan this year, a man died from such a superbug (Klebsiella pneumoniae) and 40 relatives had to be quarantined.

“The world is running out of antibiotics,” the World Health Organisation (WHO) recently said.

I know, the chicken choice line is simplistic and the issue is far more complex. But the point is, modern meat production threatens antibiotics.

The fact is most of the world’s antibiotics are used in livestock – the figure was 73 per cent, or 131,000 tonnes in 2013 (and this is set to grow), a recent article in the journal Science shows. Human use of antibiotics is just a fraction of that. 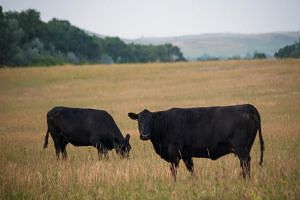 Consumers can now see how much antibiotics most meat producers use

Antibiotics are used in animals to ward off diseases that plague crowded unsanitary farms, as well as to promote growth in healthy animals. A low dose of antibiotics spurs faster weight gain, but over long periods enables drug resistance.

Earlier this month, to mark World Antibiotic Awareness Week, WHO called on meat producers to stop using antibiotics to promote growth – a practice already banned in Europe. It called for an overall reduction in antibiotic use in animals and a complete restriction of use without diagnosis.

WHO has urged for antibiotics “critically important” to humans to be barred from use in animals. In Malaysia, we allow some critical drugs on WHO’s list for us to be used on animals. One such drug is colistin, a “last resort” antibiotic used only when all else has failed.

The Consumers Association of Penang has highlighted this and also called for a ban on antibiotics in animal feed. In surveys in Kedah and Perlis last year, it found the drug erythromycin sold widely in animal feed shops, for use as a growth promoter.

The Department of Veterinary Services says antibiotic use is stopped before animals get slaughtered. But how do we know how long antibiotics are being given, asks Prof Dr Mohamed Azmi Ahmad Hassali, a researcher in social and administrative pharmacy from Universiti Sains Malaysia (USM).

Residues of antibiotics have been found in meat, for instance.

He says monitoring urgently needs improvement and studies on resistance are needed on both sick and healthy animals.

He adds that control should be extensive, starting from ports, where large shipments of antibiotics are brought in from India or China, down to chicken feed companies. “There needs to be a coordinated effort, even involving customs.”

Resistant bacteria have been found in local poultry and pigs. In fact, resistance to colistin – used widely in China – was initially discovered in China and Malaysia. Chinese and British researchers found a single gene, mcr-1, conferred resistance. Alarmingly, this gene can pass between bacteria of different species, a terrifying prospect for the spread of resistance.

And so, for our laxness, we are losing a last line of defence in antibiotics.

We have taken some steps forward with the National Antibiotics Resistance Committee, which brings together health and agricultural sides in this issue.

“We have a long way to go, but work has started,” says its main coordinator, Datuk Dr Christopher Lee. “Clearly, the more antibiotics we use, resistance will increase. So it’s good if we can cut down consumption in all forms.”

Meanwhile, we consumers don’t have to sit by idly. We have the power to effect change through our voices and purses.

“In Malaysia, everything is a top-down approach. Sometimes, that doesn’t work well. We need a bottom-up approach. We need the active engagement of consumers,” says Dr Azmi, adding that meat producers also need to be made more aware.

He says community leaders can play a part, citing the situation in Thailand where Buddhist monks help to share information on antibiotics. USM’s School of Pharmaceutical Sciences is working with local consumer groups to this end.

If consumers demand antibiotic-free chicken, then market forces may work in our favour. This has happened in some developed nations.

American meat giant Tyson Foods recently made a “no antibiotics ever” pledge in its chicken products. McDonalds says it will cut the use of “highest priority critically important” antibiotics in some countries, including colistin in Europe (but not in South-East Asia). Some meat producers have swopped antibiotics with probiotics.

Malaysia’s Department of Veterinary Services has long focused on making cheap meat available. Well, Malaysians are now one of the world’s biggest consumers of chicken. It is time we prioritise our health, the environment and the future of modern medicine.

If we want to have drugs available to prevent us dying from a skin infection, surgery, childbirth, or pneumonia, then we should consider paying more for organic chicken. We should count the real price of our cheap chicken before they hatch into an antibiotics apocalypse.

Mangai Balasegaram writes mostly on health, has a master's degree in public health and has worked with international public health bodies.