Singapore is home to some of the best bars in the world and new ones regularly pop up all around town. Whether it is a world-class cocktail bar, a craft beer spot or a natural wine bar, the Republic will have you spoilt for choice.

Tanglin and Sentosa are designated "special event areas" for the meeting between United States President Donald Trump and North Korean leader Kim Jong Un and those who are looking for an alcohol fix will find plenty of options in both neighbourhoods.

And if you want to get further away from the event venues, there are some hot new bars to check out.

Capella Singapore is where the high-profile meeting will take place, so the hotel's Cuban-inspired Bob's Bar might not be as accessible as usual. But there is no shortage of watering holes in Sentosa.

Beat the heat at swanky bar-grill Panamericana at Sentosa Golf Club (Sentosa Golf Club, 27 Bukit Manis Road), which has "explosion serves" ($66++) of mojitos, sangrias and even a Pimm's long island iced tea (photo 1) that are good for groups of four to six. 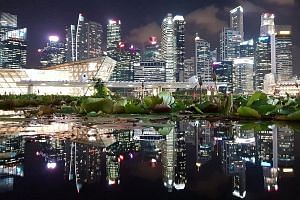 Singapore, summit city: Your guide to everything about why the nation rocks

Day-bed packages start at $375 for two bottles of champagne or a bottle of premium spirit, along with 10 bottles of beer or two pitchers of classic cocktails (margarita, Tanjong Spritz or Summer Sangria).

The St Regis or the Shangri-La Hotel have been tipped to be the hosts of Mr Kim and Mr Trump respectively and both house excellent bars.

For a fruit-forward tipple, try the Safari Tea ($22++) from the Chinatown menu. It is made of jackfruit marmalade, bamboo and osmanthus fortified wine, and blended malt whisky. Or ask for the off-menu Crystal Russian, a clear version of a White Russian ($24++), a cocktail made with vodka, coffee liqueur and cream served with ice.

Astor bar (Lobby, The St Regis Singapore, 29 Tanglin Road) is known as much for its bloody mary programme as its extensive whisky collection. Check out the hotel chain's Singapore exclusive, the Chilli Padi Mary ($24), where potent chilli padi, ginger and lemon grass replace the Worcestershire and tabasco sauces used in typical bloody marys.

If navigating through security checks is too troublesome, head across the road from the St Regis to Manhattan (Level 2 Regent Singapore, 1 Cuscaden Road). Named the Best Bar in Asia by Asia's 50 Best Bars last year and this year, it serves a must-try New York Sour ($25++, photo 4). There is also a library of more than 150 rare American whiskeys. Prices start at $18 for a 45ml pour of Elijah Craig 12 Year Old bourbon to $600 for a dram of vintage Old Oscar Pepper.

Tanjong Pagar Road might have become a hot destination for Korean fried chicken and soju joints, but it is also home to 10-seater bar Junior (43 Tanjong Pagar Road), which is by the same team behind speakeasy bar 28 HongKong Street.

The pocket bar, which rotates its theme and drinks menu twice a year, is currently exploring drinks centred on New Orleans, the birthplace of iconic, classic cocktails such as the Ramos Gin Fizz.

Sip on its version of a boozy, truffled sazerac ($25++, photo 5), made with Pierre Ferrand chestnut barrel brandy, Michter's Rye and black truffle bitters.

Natural wine bar Le Bon Funk (photo 6, 29 Club Street) wants to challenge the notion of a stuffy wine bar, which it does so with an ever-evolving list of white, red, rose and orange wines.

Minimal intervention wines with traditional profiles co-exist alongside unique and even "funky", skin contact wines for those keen to explore.

Bottles start at $70++. Most of the wines come from France, but head sommelier Josee Yeomans constantly adds wines from other wine-producing countries.

Fancy (01-01, 35 North Canal Road) offers modern, contemporary cocktails that are anything but fancy.

The current flower-inspired menu at the 50-seater bar is minimalist, letting the spirits and techniques of the head bartenders shine.

For fresh beers on tap, head to Australian brew pub Little Creatures on Mohamed Ali Lane, which has everything from hoppy IPAs (India Pale Ales) to a refreshing pilsner.

It cold-chains its beers to Singapore, by keeping the beers cold for as long as possible in the supply chain, to maintain freshness.

There are 10 Young Master beers available at any time, but go for the Cha Chaan Teng Gose ($8 for a 200ml pour), which is slightly salty, crisp and refreshing.

Apart from having some of the hottest bars, Singapore also hosts a thriving clubbing scene.

The city is home to Zouk in Clarke Quay, which is No. 3 on the DJ Mag Top 100 clubs list this year, as well as 67th-ranked Ce La Vi at Marina Bay Sands.

If a dance music festival is your thing, stay on after the summit for the Singapore edition of the Ultra Music Festival, which is happening on June 14 and 15.

For unparalleled views of Singapore's glittering skyline, head to the 57th floor of Marina Bay Sands where you will find Ce La Vi's club lounge and sky bar. Party even on a Monday night, as DJ Brendon P drops disco-influenced beats and house music at the club from 10pm till late.

Open: Mondays to Fridays, noon till late; Saturdays and Sundays, 11am till late

The South Korean-themed club at the South Beach Quarter boasts a playlist of popular K-pop and Korean hip-hop hits, and a South Korean resident DJ on the decks.

Entry: For table bookings and reservations, call 8679-1533 or e-mail annyeong@36sbq.com

This 60-seater speakeasy bar and live music lounge, opened earlier this month, is on Beach Road.

Cool Cats is open from Wednesday to Saturday. There are nightly performancesand music acts are rotated weekly.

Where: The NCO Club, 32 Beach Road

Open: Wednesdays to Saturdays, 8.30pm to 1am, with performance sets from 9.30pm till late

Entry: For table bookings and reservations, call 6818-1908 or e-mail dining.reservations@thencoclub.com

Singapore, summit city: Your guide to everything about why the nation rocks 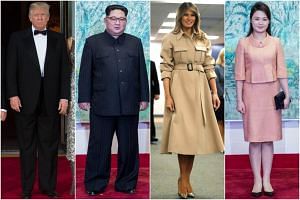 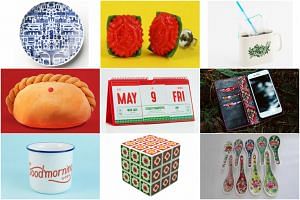 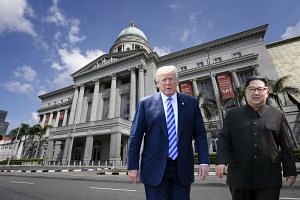 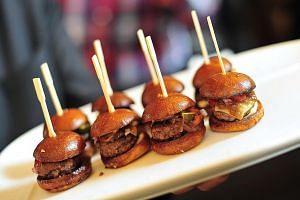 Singapore, summit city: For a taste of home 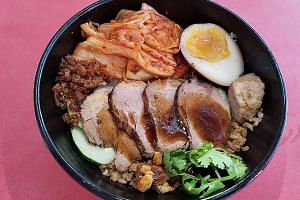 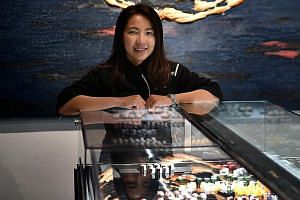 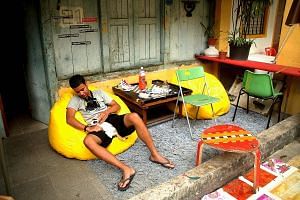 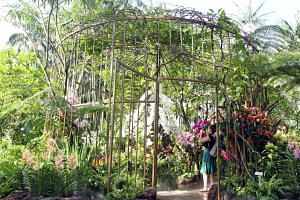 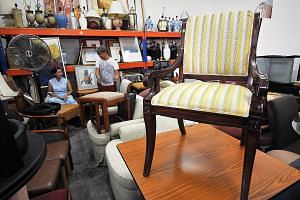 A version of this article appeared in the print edition of The Sunday Times on June 10, 2018, with the headline 'Toast of the town'. Subscribe
Topics:
More
Whatsapp Linkedin FB Messenger Telegram Reddit WeChat Pinterest Print Purchase Article Copy permalink