(THE WASHINGTON POST) - My sister and brother-in-law's wedding reception was in a 15th-century palazzo in Venice. We approached by gondola, with opera singers serenading from balconies, and lounged in rooms lit with no artificial light, only hundreds of flickering candles.

But let me tell you about the coffee.

After the feast, a hot, bitter espresso gave me just enough boost for the evening's last jokes and flirtations, cutting through any sloth my American overindulgence in beautiful Italian food and drink had wrought.

The native Italians at the wedding, though, didn't use coffee as an energy drink after dinner. Those guests gathered for a holy instant of single espresso shots, to briefly but not hurriedly cluster in appreciation of thick elixir and dancing flames.

I had similarly noticed on previous Italian trips that the espresso ritual was quick, but never a means to a caffeine-delivery end. Espresso is social. Italians use the couple of minutes standing, ordering and drinking a shot at an espresso bar, whether in the city or countryside, as an opportunity to enjoy the moment.

A happy reverence surrounds espresso, in the way of an honoured guest dropping in for five minutes during a party. The guest leaves a resonant sparkle in her wake, but the point was the visit itself.

A few months ago, I accepted (as one does) an invitation from Italian Ambassador Armando Varricchio to moderate a panel on the history of Sicilian food. I knew there was an espresso bar at the Italian Embassy; I couldn't resist a visit, once past the gates. 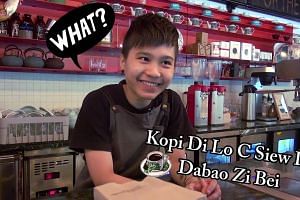 Coffee is so important to Italians that when the country asks its citizens to move to America to practise diplomacy, Italy provides its own espresso. It's not a perk as much as a necessity. 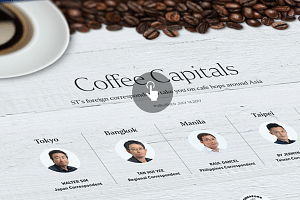 Visiting an embassy in Washington actually places you officially on foreign soil. You feel transported to another culture, even though your house might be just a few blocks away. Often at embassies, a mindfulness surrounds the enjoyment of a country's great food traditions, the enjoyment of the moment, even if the moment lasts only a few seconds.

To Italians, coffee is far more than a crude burst of energy. Every region approaches coffee differently. When you order coffee, un caffe, you will get an espresso. And in Milan, the business capital, people at espresso bars drink it faster than anywhere else, according to one Italian Embassy worker. In Verona, many people drink espresso with grappa. Because it gets cold in the north and, you know, you need to stay warm. So grappa. During the day.

However Italians drink it, coffee is a magical potion in Italy. At one point, a brief illness made me give up everything enjoyable (but not Campari; Campari is medicinal), and I was off caffeine for a long time. The only place my nerves could stand caffeine was as espresso in Italy, as if my body just metabolised it differently there.