Ahead of next week's World's 50 Best Restaurants annual awards, the list of eateries ranked from 51 to 100 was released on Tuesday.

Two Singapore restaurants made the cut.

French fine-dining restaurant Odette at the National Gallery Singapore debuts on the global list at No. 86. It ranks No. 9 on this year's Asia's 50 Best Restaurants list and received the Highest New Entry Award at last month's award ceremony for the Asian edition.

Burnt Ends in Teck Lim Road, which debuted at No. 70 last year, rose to No. 53 this time. The modern Australian barbecue restaurant is No. 10 on this year's Asia's 50 Best list. 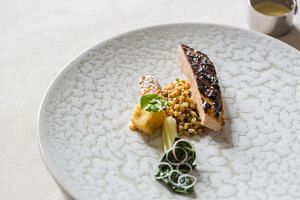 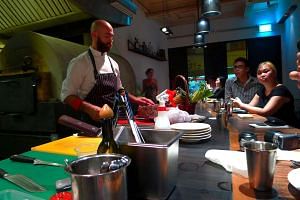 From The Straits Times Archives: Uneven offerings at Burnt Ends, but some marvellous dishes 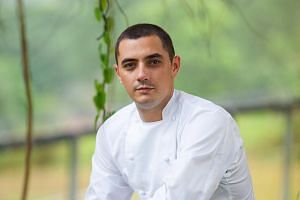 Other Asian establishments on the list include Tokyo's Nihonryori RyuGin (No. 52) and 8½ Otto e Mezzo Bombana in Hong Kong, which rises 26 spots to No. 60.

This year, The World's 50 Best Restaurants Academy was expanded to include 1,040 voters worldwide, increasing the number of overall voters by 52 per cent.

Each member casts 10 votes for their best restaurants - up from seven votes last year. Of the 10, at least four must be for restaurants outside the voter's home region.

The top 50 restaurants will be unveiled at an awards ceremony in Melbourne on April 5. Last year's ceremony was held in New York City.

For the full list and more information, go to www.theworlds50best.com.