Celebrity chef Anthony Bourdain's ambitious project of opening a Singapore-style hawker food hall on the far west of Manhattan has been canned.

Some two years after he announced that the Bourdain Market would open on New York's Pier 57, Bourdain revealed on Dec 22 that he has yet to sign an official lease with the developers.

"Launching what is admittedly a very ambitious venture has proven to be challenging at every turn," he said in a statement to food website Eater New York.

"It seems increasingly clear that in spite of my best efforts, the stars may not align at Pier 57 which is an especially complicated site for which we still do not have a lease."

Bourdain first talked about his dreams of opening the international food market about five years ago and has been looking for sites since then.

The 155,000 sq ft market was touted as one of most highly anticipated openings of the next decade.

The market was originally scheduled to open in 2017, but the date was pushed back last year to 2019. 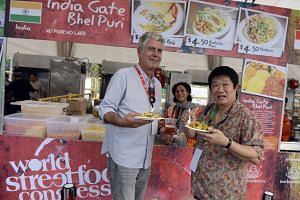 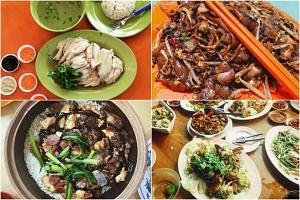 However, it ran into multiple delays and there were difficulties in obtaining visas for the market's employees and vendors.

Hudson River Park Trust, which managers the pier, declined to comment in the Eater report.

Developer RXR Realty said in the report that the pier remains on track to open and it is "in advanced discussions with a number of exciting retail and dining partners".

The pier's other developer YoungWoo and Associates did not immediately respond to Eater's request for comment.

Not all is doom and gloom, however, as Bourdain said that he still hopes to pursue the project at a different location in New York City.

"I promised a certain kind of market to New Yorkers and to potential vendors, and if that vision becomes clouded, diluted or compromised, it is no longer something that our city needs," he said.

"I remain hopeful that New York will someday have such a market - still passionately wish to create this resource that New Yorkers deserve."