Netizens had questioned the store's origins because it has more than 1,000 outlets in China and only four in Japan 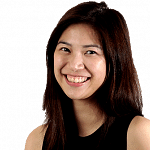 Miniso, a Japanese lifestyle and fast fashion brand that sells merchandise such as homeware, bags and electronics at low prices, got off to a rocky start after entering the market here last month.

Netizens doubted the authenticity of the brand and questioned the inaccurate use of the Japanese language on its product packaging.

Many also questioned why Miniso, despite claiming to be a Japanese brand, had only four stores in Tokyo compared with more than a thousand in China.

The brand also attracted flak because its name sounds like the popular $2 chain Daiso and its logo resembles that of Uniqlo.

I do wish to see Miniso become more successful in Japan, but I find it even more exciting to share the Japanese design philosophy with people around the world.

MR MIYAKE JYUNYA, 42, co-founder and chief designer of Miniso, on the store having only four outlets in Japan

In response to the negative feedback, Mr Miyake Jyunya, 42, co-founder and chief designer, tells The Straits Times: "It is funny how the strategic partnership and high performance of Miniso in China has overshadowed the business in Japan. I do wish to see Miniso become more successful in Japan, but I find it even more exciting to share the Japanese design philosophy with people around the world."

The company also explains in a statement that the Miniso logo is designed to be simple and modern, in line with the brand's philosophy.

The "mini" in Miniso was derived from minimarts and red was chosen as it is considered an auspicious colour in Asia.

The company was founded in Japan in September 2013 by Mr Jyunya and his Chinese partner and president of the company, Mr Ye Guo Fu, 38. They opened Miniso's China office in Guangzhou the following month.

Mr Jyunya leads a design team of about 30 in Japan, while the brand and business development team is based with Mr Ye in Guangzhou.

The co-founders say the brand has far fewer stores in Tokyo compared with China because of the high saturation rate of similar products in the Japanese domestic market.

They say their first priority is to globalise the brand as they see greater business potential in other countries, but they will "always look out for opportunities to grow the Japanese market".

As for the substandard copywriting on its products, Mr Ye acknowledges it was an oversight on their part due to the company growing at such a fast pace - about 80 to 100 Miniso stores open each month in China. To rectify the situation, the company plans to hire "the best professionals in the industry" to manage the brand's marketing communications.

To date, there are more than 1,110 stores in China, 25 in Hong Kong and four each in Macau and Japan. The Dubai store is currently under construction and the company will be expanding to countries such as Vietnam, Malaysia, South Korea, the United States and Italy.

The company has increased its revenue five-fold in the past three years and reported a revenue of US$1 billion last year. Mr Ye hopes to double the revenue this year.

In Singapore, the brand opened its flagship store at HarbourFront Centre and a second store at Plaza Singapura both on Dec 12 last year. The third store at CityLink Mall opened a few days later on Dec 17.

There are plans to open 100 Miniso stores here in three years, both downtown and in heartland locations.

"I believe we can make it in Singapore's tough retail climate. We are very confident," says Mr Ye. "That is why we are entering Singapore with three stores. We realised that there is a need for high-quality products at low price points in Singapore because prices are very high here."

Mr Wai Tat Wing, general manager of Miniso Singapore, says all three stores here are doing well and that customer response has been good, especially at the flagship store. Although he is unable to share specific figures, he says sales here outperformed Hong Kong during the Christmas period.

Miniso products are sourced and manufactured in countries such as China, Japan, South Korea and Malaysia.

"I wanted to check out the hype surrounding Miniso," she said. "I feel that the quality of products is a little better than Daiso, but lower in standard than Muji."

When it comes to deciding what items are put on the shelves at Miniso, Mr Jyunya says: "The most important thing for our products is that they are simple and natural.

"Simple means I do not put in additional designs to complicate a product beyond what is required. It is an integration between a meaningful functionality and an elegant design. That is the design philosophy of Miniso."

A version of this article appeared in the print edition of The Straits Times on January 14, 2016, with the headline Miniso is Japanese, say founders. Subscribe