Fashion collaborations all the rage now

Fashion tie-ups are all the rage as they not only create buzz and elevate a brand's image, but also offer limited-edition pieces for jaded shoppers 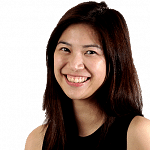 Collaborations such as these injected a much-needed dose of creativity into Singapore's fashion industry this year.

There were at least 10 collaboration collections sold here in the past eight months - from tie-ups between high-end fashion maisons such as Moncler and Off-White to partnerships between fast-fashion retailers and designers such as Uniqlo and French designer Ines de La Fressange.

At the SingaPlural 2017 design exhibition in March, there were at least three collaborations between local designers and brands: fashion label In Good Company designed a rice bowl with local furniture label Scene Shang; womenswear label Catch did a collection of tops featuring prints by artist Lucinda Law; and bag label Ling Wu made clutches in various patterns with lifestyle brand Onlewo.

It looks like the trend is here to stay.

Industry experts and retail analysts say that such partnerships are a win-win.

They create buzz, generate hype among jaded shoppers who are tired of the same staid brands in stores and can be a marketing tool to elevate brand image.

"The brand gets a temporary boost in star power, stars get to build their brand names when the collection is promoted and consumers are able to get their hands on one-of-a-kind items.

"So for all these reasons, collaborations are likely here to stay, and to grow," he adds.

The beauty of offering limited- edition tie-up collections is that they create a "sense of urgency among interested shoppers", says Ms Regina Yeo, adjunct senior lecturer of marketing at the National University of Singapore Business School.

"Interested shoppers feel that they must take quick action and buy the merchandise before it runs out of stock," she says, adding that this creates excitement and helps to boost sales.

Research firm Euromonitor International does not have specific data on the trend of fashion collaborations.

However, its research associate Yvonne Wong says that such partnerships have "reached new heights in recent years" and are gaining interest among consumers as they "successfully grab consumer attention, especially among millennials who pursue 'newness' to differentiate themselves".

Fashion house and character collaborations, in particular, are expected to remain strong, she says, adding that the trend will be partly driven by big movie sequels and franchises, such as Toy Story, The Avengers and Star Wars, which are all set for new releases over the next two to three years.

Disney Singapore, for instance, has partnered at least four local brands here ahead of its movie releases.

It has worked with jewellery brand Carrie K., womenswear brands Collate The Label and Elohim by Sabrina Goh, and menswear label biro on themed collections inspired by movies such as Beauty And The Beast (2017), Alice In Wonderland: Through The Looking Glass (2016) and Rogue One: A Star Wars Story (2016).

"Being locally relevant is important to Disney, so we look for designers who understand the preferences and tastes of consumers here," she says.

As for Puma, who has collaborated with various artists including singer Rihanna and American personality Kylie Jenner, partnerships make sense as they help to re-imagine the brand's iconic products.

"We fuse concepts to redefine the creative direction. It's two parties bringing ideas onto a blank page to co-create and co-build," says Mr Yassine Saidi, head of Puma Select, the brand's collaboration range.

So what is the way forward for collaborations?

"It's about educating consumers to make smart and responsible choices for a better world to live in," she says, adding that the tie-up is also good for brand image.

Retailers are already moving in this direction.

One example is adidas' collaboration with American environmental protection organisation Parley For The Oceans on a collection of running shoes made from upcycled plastic waste from the ocean, which was released in Singapore in June this year.

The fan of fashion collaborations, who goes by the name Mean, spent $3,000 on a carabiner, two pouches and three brooches from Louis Vuitton's collaboration with label Fragment Design in April.

"It depends on the brands involved but, generally, it sparks my interest when I hear of collaborations. I will find out what they are coming up with and see if it's worth buying or if it's a collector's item," he says.

"I think it's nice to bring two different worlds together and collaborations between fast-fashion labels and luxury brands give access to people who otherwise would not have been able to afford a luxury item."

French designer Christophe Lemaire, 52, first collaborated with the Japanese retailer in October 2015 and then again in March last year.

The two collaborations were so successful that the Japanese retailer hired Lemaire as artistic director for its new research and development centre in Paris. The designer, who runs the Lemaire label with his life partner Sarah-Linh Tran, still holds that post.

The collections, which feature mainly minimalistic style clothing, were launched globally, including in Singapore. Prices ranged from $29.90 for a T-shirt to $269.90 for a men's cotton parka.

The launches, says a Uniqlo spokesman, attracted queues outside its Ion Orchard store and did well online too.

Collaborations are not new to Uniqlo, which has partnered former editor-in-chief of Vogue Paris Carine Roitfeld and Paris-based womenswear and accessories designer Olympia Le-Tan.

This collaboration, part of Louis Vuitton's Autumn/ Winter 2017 men's collection, was highly anticipated worldwide as it was the coming together of two brands from seemingly separate worlds - a high-end French luxury brand and a cult skate brand with underground roots. The resulting range, launched in Singapore last month, was so popular that shoppers queued up overnight for a chance at one of 350 ballot tickets, each allowing them to buy up to five items from the collection.

Most of the limited-edition items, including leather backpacks, T-shirts, denim jackets and iPhone cases, are branded in Supreme's signature red hue or Louis Vuitton's monogram print.

But the fast-fashion brand's first collaboration with German fashion designer Karl Lagerfeld takes the cake. The collection, launched in the United States and Europe in 2004, was sold out within hours.

H&M had planned for stocks to last several weeks, a point that seemed to have frustrated Lagerfeld, who was quoted by Women's Wear Daily in 2004, saying: "This was supposed to last two weeks and it's over in 25 minutes... I'm sorry for the clients because I like the idea that everyone could wear Lagerfeld."

Bestsellers included a T-shirt with Lagerfeld's silhouette, a sequinned jacket and a lace dress.

The success of this collaboration kick-started subsequent H&M collaborations, including tie-ups with Versace (2011), Marni (2012) and Balmain (2015) - all attracting queues in Singapore, with some customers queuing for up to three days. The limited-edition collaboration collection (above) featured lipsticks that look like Crayola's iconic crayons. Called Crayola for Clinique Chubby Stick for Lips, the lipsticks were available in six shades and were a sell-out in Singapore, where they were sold at Sephora.

The limited-edition set of four mini Chubby Sticks from the collaboration sold out within three days of its launch here on Feb 2.

Barbadian singer Rihanna's Fenty x Puma ready-to- wear collection was launched last September globally, including in Singapore. The collaboration with German sportswear brand Puma included designs for men and women as well as the Grammy winner's infamous furry slide sandals (above). The sandals were especially popular in Singapore and had to be restocked.

The 29-year-old singer had earlier partnered Puma on the Creeper sneaker in 2015, which featured a platform creeper sole on the brand's classic Suede model. The shoes sold out within hours when it was released in the United States.

Six collaborations to look out for

American pop singer-actress Selena Gomez (above) is collaborating with American luxury brand Coach on a limited collection of leather goods and accessories, which will launch globally on Sept 1.

A coveted item from the collection is the Selena Grace handbag (above), which Gomez designed in partnership with Coach's creative director Stuart Vevers. The red bag features a hangtag with Gomez's signature; has a special message sewn inside; and the phrase "Love yourself first" embossed onto the bag's base in Gomez's handwriting.

A limited number of the Selena Grace bag will be available for pre-order at all Singapore Coach stores from Aug 24. Prices start at $95 for a heart- or star-shaped charm and go up to $750 for the Selena Grace handbag. This unlikely pairing - of a high-end fashion label and a mass-market cosmetic company - was announced to much fanfare in May.

The resulting 12-shade lipstick collection will be launched in September, according to American media.

Prices for the lipsticks have yet to be released, but the shades are one-of-a-kind, including a pretty pink with tiny gold-reflecting shimmer, a fierce dark purple and a khaki green shade called Balmain Instinct, all encased in a gold-and-black lipstick case. Shoppers can look forward to Jonathan Anderson's collaboration collection with Japanese fast-fashion retailer Uniqlo when it launches at the Orchard Central flagship store on Sept 22.

The 33-piece collection, which includes wool coats, belted trench coats and sweaters, will also be available online (www.uniqlo.com/sg). Prices range from $19.90 for a graphic T-shirt to $249.90 for a trench coat.

The Northern Irish designer is known for his signature bold and graphic design aesthetic. The 32-year-old has his own label JW Anderson and is also the creative director of Spanish luxury brand Loewe, a post he has held since 2013.

The duo plan to launch the sneakers at Sole Superior's annual sneaker and streetwear convention on Nov 25 at Zouk nightclub.

Prices for the sneakers have not been released yet.

5 CHARLES & KEITH AND ALICE IN WONDERLAND

Home-grown shoes and accessories brand Charles & Keith launched a series of Alice In Wonderland- inspired shoes, bags and accessories for children and adults as part of its Autumn/Winter 2017 collection yesterday in Singapore, Taiwan and China. The collection is also available online (charleskeith.com/sg).

There is a cute drawstring bag that resembles Alice's iconic blue-and-white dress; shoes dotted with shapes of hearts, spades and diamonds; and a rabbit crossbody sling bag. Prices range from $36.90 for a pair of baby shoes to $89.90 for a clutch. Next up on H&M's collaboration diary is luxury women's ready-to-wear fashion designer Erdem Moralioglu, known for his signature floral patterns.

The London-based designer, who started the successful Erdem label in 2005, will launch designs for men and women under the Erdem x H&M collection globally on Nov 2. This marks the first time he is designing clothes for men.

Apart from a few key pieces worn by models in a short film teaser shot by Australian director Baz Luhrmann - including floral gowns, shirts, pants and a fur coat - many of the collection's designs have not been released.

The range will be available in Singapore at H&M's Orchard Building and Ion Orchard outlets.

A version of this article appeared in the print edition of The Straits Times on August 17, 2017, with the headline Fashion collaborations all the rage now. Subscribe