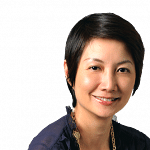 An old acquaintance found me via Facebook not long ago and sent me a friend request, along with a message that ended with: "Congrats on your baby!"

"What baby?" I wondered, puzzled.

It has been many merciful years since my last night feed.

Then I remembered my Facebook profile picture, which shows me carrying my son when he was under a year old. He is eight this year.

That was how long ago I last posted or updated any pictures on the social networking site.

Unlike Max, Facebook founder Mark Zuckerberg's newborn baby girl, my daughter's birth in 2010 went undocumented, a fact that I hope she will grow up to thank rather than begrudge me for.

Now five, she began popping up occasionally on my Facebook page only from about age two, in pictures that were posted by friends or relatives.

My barren Facebook life makes me an anomaly among friends, who have long accepted me as a social media hermit.

It wasn't that I made a wrenching decision to break up with Facebook or cool things off. Ours was more a brief dalliance that simply fizzled out.

I had set up an account with much gusto soon after having my son in 2007. As a naive first-time mum who foolishly decided against hiring a confinement nanny, I was shocked by the colossal effort it took to care for such a tiny being.

The sense of isolation was crushing and Facebook became a social lifeline that kept me tethered to my friends at work while I counted down to the end of my maternity leave.

In the early heady days, I accepted nearly every friend request and devoured almost every post, comment and status update that appeared on my news feed in between milk feeds.

I couldn't wait to log on each day for a fresh batch of trivia and links that offered respite from the drudgery of childcare duties.

To mark my first year as a mum, I updated my profile picture and uploaded a bunch of pictures of my son, along with several failed attempts at clever captions.

Things simply flatlined thereafter. The first flush of excitement wore off and, instead of forging a deep, solid bond nourished by daily interaction, I found I had gone off Facebook.

The rot set in soon after I returned to work.

Neither could I bear the thought of starting up the computer again at the end of a long day, especially if I was expected to dredge my brain for thoughtful insights or swop tidbits about my life to sustain a meaningful relationship.

So I would go for days without logging on to my account. The days stretched to weeks and the weeks turned into months. There were no withdrawal pangs, no gaping void in my life, no aching yearning to reconnect.

I wasn't generous enough in sharing my personal life and thoughts with others. Neither was I curious enough about theirs.

I grew used to always being among the last to learn of some personal milestone or crisis involving someone I know, news of which would have circulated for days or even weeks among certain quarters of my Facebook circle before I caught wind of it.

I simply asked the relevant people for details over lunch, coffee or text messages and stuck to my belief that if something was really important, I would hear about it somehow.

A quick check of my activity log showed that I last made a comment on the site more than a year ago, in response to some birthday greetings. It is one of at most 20 equally dull comments and pictures that I posted in the eight years that I've had a Facebook account.

I say this with neither pride nor shame. It just is.

I'm not shunning Facebook in a bid to appear cool. I'm just not that into it.

Neither am I gloating over the latest study, released by a Denmark-based think tank last month, that shows quitting Facebook even for just a spell makes people happier.

I would think a break from any addiction that sucks up chunks of your time with not much to show for - television, Candy Crush and counting calories - would give the same results.

Besides, I can't honestly say I'm making better use of the time that would otherwise have been spent clicking on link after voyeuristic link in the virtual labyrinth that is Facebook.

A common grouse about the site is that all the carefully curated posts and pictures tend to trigger waves of social anxiety or envy: Everyone else seems to lead a more fun and colourful life.

I have no such hang-ups because I knew this for a fact even before the advent of social media.

Things didn't work out between us simply because we were incompatible.

At the heart of a thriving social media life lies the willingness to share, but my privacy concerns border on paranoia.

The idea of frequently divulging where I am, who I'm with and what I'm doing, along with photographic evidence, freaks me out. Not knowing how or where this digital legacy would eventually end up bugs me too.

I get why people choose to do it though and some do it really well. But I've kept my account for practical purposes - some classes I sign my kids up for post updates on their Facebook pages.

It's also a handy option for those times when I want to get up to speed with friends or relatives who live abroad.

And of course, it is fun to check in and out quickly when I receive random e-mail notifications of the latest posts by certain friends.

That was how I found out, for instance, that the beloved pet dog of a good friend in the newsroom had died.

And that an ex-colleague had escaped death by mere seconds in a freak road accident.

And that a pretty classmate in junior college, whose maths and economics grades were as dismal as mine, now heads an asset management firm and she still looks darn good.

Facebook may not be the right match for me. But like an amiable ex with whom I sometimes still touch base with, I appreciate its pros and stop short of doing anything that could bring on the cons that put me off in the first place.

Our relationship status? I guess "separated but on friendly terms" just about sums it up.