There is madness in J.K. Rowling's Potter prequel and in Hunt For The Wilderpeople, when a boy and his foster dad go missing

Brace yourself for the new phase of the Harry Potter world domination series. Fantastic Beasts And Where To Find Them (PG, 133 minutes, opens tomorrow, 4/5 stars) is the first of five planned films and it is guaranteed be a worldwide hit - not just because it is part of the Potterverse, but also because it is tremendous fun to watch.

The source book, published in 2001 as a textbook on "magizoology" in the world of the boy wizard, lends itself beautifully to the visual medium of cinema. Less talk, less background detail, more antics from the bestiary contained in the briefcase of Newt Scamander.

Eddie Redmayne gives a terrific performance as a wizard with a touch of autism and obsessive- compulsive disorder, a classic British batty genius in the mould of Doctor Who.

Potter author J.K. Rowling adapts her book into a classic three-act script, which director David Yates - helmer of the fifth to eighth (and final) Potter films - augments with computer-generated animals. 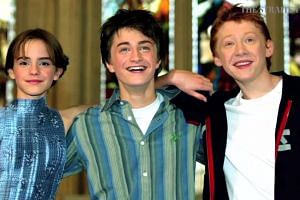 J.K. Rowling's first attempt at screenwriting in Fantastic Beasts is a winner

The first act sees Newt as a British fish out of his depth in American waters, not helped by his running into the conflicted Tina Goldstein (Katherine Waterston), a lowly operative in the bureaucracy that controls the wizarding world in the United States.

Yates and Rowling are careful not to bog down things with cuteness or backstory, but the horror element that made the Potter series so much heavier in the later chapters is already present, in the form of anti-wizarding crusader Mary Lou.

Samantha Morton is at her best playing characters possessed by a great, insane idea and her Mary Lou is a powerful villain, but the movie paves the way for another even more formidable adversary, certain to make life hard for Scamander in later episodes.

There is madness of a sort in the New Zealand drama-comedy, Hunt For The Wilderpeople (PG13, 101 minutes, opens Friday, only at The Projector, 4/5 stars), when mania grips the nation after a boy and his foster father are missing.

But otherwise, this adaptation of the 1986 novel, Wild Pork And Watercress, by humorist Barry Crump, has a laidback, gentle tone - one that makes the viewer lean in to listen carefully.

Cranky loner Hec (Sam Neill) and foster child Ricky (Julian Dennison) are thrown together reluctantly by Hec's partner, the warm and loving farmer Bella (Rima Te Wiata). Ricky is a soft city kid forced to live in a rural backwater; Neill once again plays the taciturn introvert who becomes the father figure against his will (see Jurassic Park, 1993).

After Bella dies, a series of mishaps cause the two males to flee into the bush, with the authorities in pursuit.

Director and co-writer Taika Waititi, who helmed the funny horror-comedy, What We Do In The Shadows (2014), gives the relationship between the two plenty of space to breathe and grow. By the end, viewers just want the pair - who have dubbed themselves the Wilderpeople - to go on the run forever.

Insanity of another sort is at the heart of the biopic, Denial (PG13, 110 minutes, opens tomorrow, 4/5 stars). This time, the madness is found in a lie that has gained traction in right-wing circles.

Writer and self-taught historian David Irving (Timothy Spall) makes money from launching lawsuits against those who accuse him being a Holocaust denier. Under British libel laws, the accused has to prove the truth of his statements, rather than the accuser, which is the case under American law (and protected by the First Amendment guaranteeing freedom of speech).

When Irving launches a legal attack on fierce critic Deborah Lipstadt (Rachel Weisz), an American professor of history, rather than settle - which is the usual route because of how expensive a court defence can be - she and publisher Penguin Books hire the best lawyers in London and gird for battle.

What follows are two conflicts. One is intellectual. Irving is like an Internet troll in real life, a speaker and writer who makes dog-whistle remarks and shaded arguments that add up to saying only a few Jews died randomly under the Nazis, not six million in a carefully planned genocide.

The other conflict is tactical - how do you unseat a slippery creature like Irving in a British court?

Emmy-winning director Mick Jackson and Oscar-nominated screenwriter David Hare (The Hours, 2002; The Reader, 2008) work with Lipstadt's book to intertwine both fights into one compelling story, aided by wonderful performances from Spall, Weisz and Tom Wilkinson playing barrister Richard Rampton. You will leave the cinema wishing all Internet trolls could be silenced with such entertaining finality.