NEW YORK • Every minute, another six people cut the cord.

The reason American consumers are abandoning their cable subscriptions is not a mystery - it is expensive and cheaper online alternatives are everywhere.

But who is responsible for the slow demise of the original way Americans paid for television? That is a far trickier question.

The answer can be traced to a few decisions in recent years that set the stage for this extraordinarily lucrative and long-lived business model to unravel: licensing reruns to Netflix, shelling out billions of dollars for sports rights, introducing slimmer bundles and failing to promote a Netflix killer called TV Everywhere.

As the driving force behind the world's largest streaming video service, with about 130 million subscribers, he has taught consumers to expect an abundance of old and new shows and movies, without the irritation of commercial interruptions, for just US$8 (S$11) a month.

But if his success is responsible for the decline of the cable industry, he had plenty of accomplices among TV executives who fuelled Netflix's rise in the early going.

Over the past decade, media companies have licensed their old hits to Mr Hastings, getting a short-term payout but jeopardising the long-term health of the industry.

Looking back, some TV executives express regret for doing business with an up-and-coming Netflix and struggle to justify their decision to do so.

Had they withheld shows, they might have been vulnerable to lawsuits by the Hollywood talent who have a financial stake in a show being sold to the highest bidder. Netflix frequently offered the most money.

TV executives also spent billions of dollars acquiring sports rights, which has driven up the price of TV service - and almost no one has bid more aggressively for sports than Disney CEO Robert Iger.

Disney, owner of ESPN, is on the hook for US$45 billion in sports rights in the coming years. To cover those fixed costs, ESPN charges TV operators about US$8 a month a subscriber, making it the most expensive channel and an easy target for critics.

"ESPN created the model of everybody paying for sports even if only a fraction of the country cares," said Mr Rich Greenfield, an analyst at BTIG and a Disney critic.

"The cost of the bundle has gotten so absurd because of what Disney has done with sports rights."

The cable bundle was also badly wounded by a man who made one of the great fortunes from it - Dish Network co-founder Charlie Ergen.

For decades, consumers who wanted just a few channels had to pay for all of them. 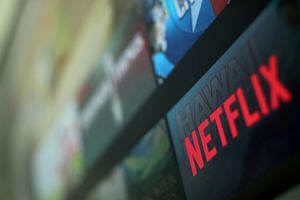 It was not until 2015, when Mr Ergen introduced Sling TV, that the floodgates truly opened.

Sling TV is a so-called "skinny bundle", giving online subscribers the option to buy just a few channels and pay a much lower monthly fee - in this case, about a fourth of the average cable bill. Since its arrival, at least six more online TV services have entered the market.

"Sling TV was a watershed moment," said Mr Craig Moffett, an analyst at MoffettNathanson. "It broke the all-for-one and one-for-all model for the first time."

In hindsight, some TV executives believe the industry would be much healthier now if everyone - programmers and distributors - had agreed to make all episodes of shows available to cable subscribers on any device.

That was the dream behind TV Everywhere, an idea hatched in 2009 by Comcast CEO Brian Roberts and Time Warner CEO Jeff Bewkes.

But in those crucial early days, TV Everywhere struggled to get off the ground. In the end, the cable industry's failure to protect the bundle came down largely to greed, Mr Moffett said.

"As soon as TV Everywhere was proposed, media companies imagined ways to charge extra for it," he added. "It was doomed from the start and the rest is history."