Wong, 56, admitted to the media last week that he has an illegitimate son after a woman identified as Joyce made the disclosure to Hong Kong's Apple Daily.

Media reports over the weekend identified Joyce as the niece of veteran actor and producer John Shum.

She dated Wong when she was 17 and they were in a relationship for about 10 years. She gave birth to their son in October 1998 when she was 23, and took William back to Britain when he was two. He is now 19.

It was further disclosed that she was married twice in Britain and has two children with her current husband.

Wong has reportedly taken care of Joyce and William by buying a house for them in Britain and provided money for his son's living expenses.

However, she reportedly sold the house and moved to a suburban area, where the standard of living is lower. 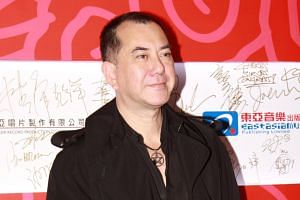 Wong told Hong Kong's Ming Pao Daily News that Joyce kept half the money meant for their son, so he decided to deposit the money directly into William's account as he was going to university soon and could manage his finances independently.

"That is why she is angry about it," he said.

However, Joyce rebutted the allegation.

She told Apple Daily that Wong gave her HK$25,000 (S$4,358) a month, with half the money used for school fees and the rest for savings. She said that the money has been handed over to their son for the past eight years.

She added that William has been studying in state schools all these years and that his university fees will not be paid by Wong, but through loans from the government.

She declined to comment on the sale of the house bought by Wong.

When Apple Daily asked Wong about her latest response, he replied: "The matter is over."

The actor said earlier that he has maintained phone contact with Joyce over the years, but only on issues concerning their son.

He said he felt relieved after the matter came to light, but he was concerned about the impact on William and did not want the people around him to feel awkward about the disclosure.

He told the media that he does not have any more illegitimate children.

The award-winning actor went on social media last year to look for his father who left him as a child, and succeeded in reuniting with his two half-brothers in Australia in March.

Wong has been married to his wife Ng Wai Zing for 26 years and they have two sons.