Watching the movie Warcraft will try your patience

The story: The movie based on the World Of Warcraft video game starts with a small force of orcs leaving their world for Azeroth, through the magic of the priest Gul'dan (Daniel Wu). In the new world, the orcs clash with the forces of the King, Llane Wrynn (Dominic Cooper), and Lothar (Travis Fimmel). The invaders are held back temporarily through the magic of the Guardian, Medivh (Ben Foster), and the disgraced young mage Khadgar (Ben Schnetzer).  Unless the gate between the worlds is destroyed, more orcs will enter, dooming Azeroth.

Ten minutes into watching this, a familiar feeling will wash over you - that of Universe Befuddlement, an affliction that strikes many who drop into an unfamiliar franchise.

Who is that, what do they want, is that word they use so often a person, a place or a pair of magic pants? 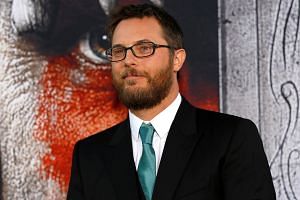 Perhaps it is a function of age, or the rise of a new storytelling style in cinema, but one longs for the days of fantasy movies when a narrator would open the movie and introduce, in soothingly authoritative tones, the key players and why they want to bash each other's heads in.

But for whatever reason, the studio lets director Duncan Jones, who helmed two excellent sci-fi movies, Moon (2009) and Source Code (2011), start the film in the middle of the story, when the head-bashing is in full effect.

The feeling of dropping into a conversational thread that began a week ago will not leave until about an hour into the film. It then becomes apparent that this is a hybrid of sci-fi flick Stargate (1994) and The Lord Of The Rings adventure fantasy trilogy, except the orcs have speaking parts and some of them are meant to be sympathetic.

The enterprise's derivative nature is not an unforgivable sin. What tips it over into the realm of rank odorousness is the acting and the dialogue. "Awkward" does not begin to describe the amateurishness of either, especially in the fallen mage Khadgar, a character whose magic skills lie mainly in arousing feelings of uncontrollable hate in this reviewer.