ROME (REUTERS) - From westerns to the space race and the latest offerings from Oscar-winning directors, this year's Venice Film Festival will present a rich line-up of premieres, including a host of Netflix movies and an unfinished Orson Welles work, organisers said.

The 75th edition of the world's oldest film festival kicks off in late August, with some 20 movies competing for the Golden Lion Award.

Unlike May's Cannes Film Festival, which Netflix pulled out of after organisers banned its films from competition for its refusal to release them in cinemas, the Venice event will show several movies by the streaming platform.

"We must come to terms... with these new production realities," Venice Film Festival director Alberto Barbera told a news conference on Wednesday.

"We cannot ignore these realities, we cannot pretend they do not exist."

Among the Netflix films in competition are the Coen brothers' western The Ballad Of Buster Scruggs and black and white family drama Roma by Oscar winner Alfonso Cuaron.

"Jason Bourne" director Paul Greengrass will present his Netflix-distributed work 22 July - about the aftermath of the 2011 massacre of 77 people in Norway by far-right militant Anders Breivik. 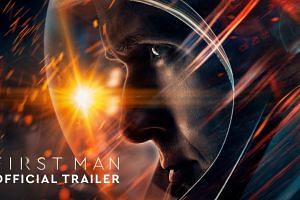 The organisers of the 11-day festival, which usually offers a first peak at Oscar contenders, have already announced La La Land director Damien Chazelle's space drama First Man, chronicling Neil Armstrong's mission to become the first man to walk on the moon, as the opening film.

Other contenders include Peterloo about the 1819 massacre in Manchester by Mike Leigh and Napszallta (Sunset) by Laszlo Nemes, who directed the Oscar winning Son Of Saul.

A film about Vincent van Gogh, At Eternity's Gate, and What You Gonna Do When The World's On Fire? about a black community in the southern United States last summer will also vie for the top prize.

"It's a particularly rich season, we had to make choices and that is often painful," Barbera said.

Out of competition, a remake of romantic musical drama A Star Is Born with Bradley Cooper and Lady Gaga as well as crime film Dragged Across Concrete, starring Mel Gibson and Vince Vaughn will screen.

Netflix is also bringing Orson Welles' unfinished The Other Side Of The Wind to the festival out of competition. The film about a movie director making a comeback was first shot in the 1970s and recently completed.

Organisers have also said veteran British actress Vanessa Redgrave will be presented with the Golden Lion for Lifetime Achievement honour.