PARIS (AFP) - The American indie film star Chloe Sevigny is among a trio of top actresses who will make their directorial debuts at the Cannes film festival, organisers said Monday.

The US arthouse darling who made her name with Kids and American Psycho was at the centre of a notorious Cannes scandal in 2003 over a hardcore sex scene in her then partner Vincent Gallo's The Brown Bunny.

But Kitty - which will be premiered in the Critics' Week - appears to be on much more innocent ground, telling of a girl who dreams of becoming a kitten.

The short, adapted from a tale by the American writer Paul Bowles, will close the sidebar event alongside two other short films by French actresses Laetitia Casta and Sandrine Kiberlain.

Kiberlain's Smile stars Franco-Italian actress Chiara Mastroianni while Casta's En Moi (In Me) is about an actress struggling to relate to real life on a film set.

Critics' Week chief Charles Tesson said he was hugely taken with Casta's film when he first saw it. "It is really very impressive, ambitious and strong," he said. "After we saw it we asked ourselves how could we show it?"

The former model, who has often been compared to Brigitte Bardot, whom she played in the 2010 film Gainsbourg (A Heroic Life), has also lent her form to the official busts of Marianne, the symbol of the French Republic, that are displayed in the country's public buildings.

But it is films from Turkey and the Middle East which dominate the event's main competition.

Mehmet Can Mertoglu's Album is a dark comedy of modern Turkish manners about a couple who adopt a child and then compile a fake family album about the pregnancy and birth.

In Lebanon's Tramontane, Vatche Boulghourjian explores his country's sectarian divisions through the story of a blind singer trying to find his roots, while the Israeli film One Week and a Day by Asaph Polonsky is about a bereaved couple. 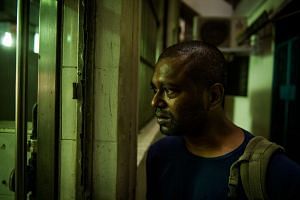 The Morocco-set Spanish film Mimosas is billed as a mystical road movie about an old man who wants to die in his home village, while the French director Julia Ducournau's Raw is about adolescent awakening and bullying in a veterinary school.

The last of the seven films in the competition is the Cambodian movie Diamond Island, Davy Chou's tale of young migrant workers rubbing up awkwardly against their counterparts in the country's nouveau riche elite.