Weinstein, 65, had taken a leave of absence from the company he founded with his brother after the New York Times said he had reached settlements with at least eight women claiming to have been harassed by him. Among those agreeing to settlements were at least three employees and an unidentified actress, the Times said.

"In light of new information about misconduct by Harvey Weinstein that has emerged in the past few days" the board informed "Weinstein that his employment is terminated, effective immediately," the company said in an email Sunday (Oct 8, US time).

The one-sentence statement from company culminated a swift fall for the longtime movie mogul and marked a new period of uncertainty for the company, which has struggled financially despite its artistic accolades.

Weinstein, known for aggressive awards campaigns that led to Oscars for movies like Shakespeare in Love, denied many of the allegations and told the New York Post the report was unfair. Three board members at New York-based Weinstein resigned Friday, according to Deadline, and the remaining directors hired outside lawyers to investigate the allegations.

Attorney Lisa Bloom said on Saturday on Twitter that she had also resigned as an adviser to Weinstein. 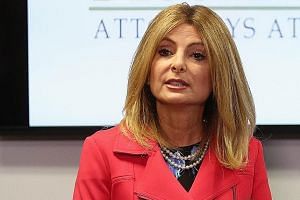 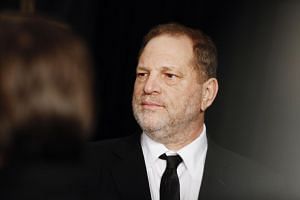 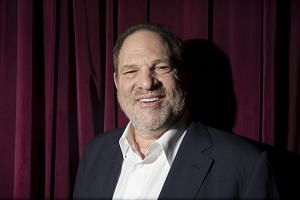 "My understanding is that Mr. Weinstein and his board are moving toward an agreement," she said in the tweet.

The emergence of the claims has the potential to be a watershed moment for Hollywood, offering a new opportunity to shed its "casting couch" image, according to advocates for women in the workplace.

The allegations by women including actresses Ashley Judd and Rose McGowan against a prominent and successful industry leader may encourage more women to step forward with their own stories and force men in power to reflect on their own behaviour, said filmmakers and activists. The Weinstein scandal also should put more pressure on studios to put more women in leadership roles and improve parity in hiring and pay, they said.

The industry has largely excluded women from prominent roles behind the camera and equal representation in front of the camera. Research by the University of Southern California found that the percentage of female speaking characters in movies has not budged much above 30 per cent over the past decade. And behind the camera, only 4.2 per cent of directors were women, 13.2 per cent writers and 20.7 per cent were producers in 2016, despite women making up about half the population.

Part of the challenge for women is the fear of career repercussions for speaking out. Megan Ellison, the daughter of Oracle Corp. founder Larry Ellison who created producer Annapurna Pictures, tweeted sympathetically of the New York Times story. "Women face serious repercussions for sharing their experiences and deserve our full support," she said. "I admire the courage of these women."