The live-action movie uses computer wizardry to bring to life the characters from Rudyard Kipling's classic stories about a boy named Mowgli who is raised by animals.

It was the third biggest debut of the year, after Batman v Superman US$166 million and Deadpool US$132 million. 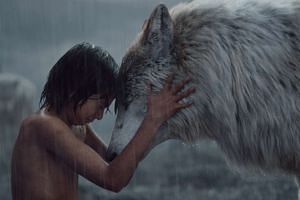 Movie reviews: The Jungle Book is mesmerising, 10 Cloverfield Lane is solid, Eye In The Sky gets 5 stars

Barbershop: The Next Cut, the latest instalment in the comedy franchise, was a distant second in its debut with US$20.2 million, according to estimates from industry tracker Exhibitor Relations.

Featuring Ice Cube and Cedric the Entertainer, the movie centres around the personalities in a barbershop who try to stop the violence plaguing their south Chicago neighbourhood.

Slapstick comedy The Boss slipped to third place after its second week in theatres, taking US$10.2 million over the weekend, lifting its total domestic take to US$40.4 million.

Starring Melissa McCarthy, The Boss tells of a billionaire who emerges penniless from a spell in jail for insider trading and is forced to move in with a former employee. 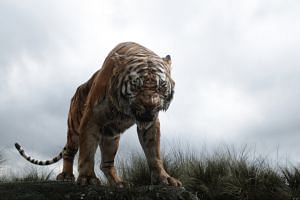 Batman v Superman, featuring Ben Affleck and Henry Cavill as the iconic superheroes, was in fourth place, grossing US$9 million for an overall take of US$311.3 million after four weeks.

Animated Disney family film Zootopia, about an intrepid rabbit police officer who works with a fox to solve a crime in the animal kingdom, slipped from third to fifth.

It earned US$8.2 million over the weekend for an overall gross of US$307.5 million after seven weeks. 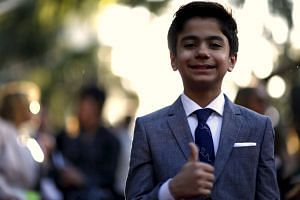 Neel Sethi, 12, goes from bhangra class in Manhattan to star of The Jungle Book