LOS ANGELES (NYTimes) - For the music industry, the rollout of a new Taylor Swift album is always a master class in marketing, and the release of Look What You Made Me Do, the first single, is a case in point.

Even before the song came out late last month, the mere fact that Swift had wiped her social media accounts clean was covered as major entertainment news.

Once out, the single instantly broke streaming records on Spotify and YouTube.

All the noise seemed to guarantee a big splash for the album, Reputation, due Nov 10.

Yet in the three years since Swift's last album, the music industry has changed so drastically that much of the old playbook no longer applies.

In 2014, when she released her last album, streaming accounted for only 23 per cent of music consumption in the US.

Now, streaming is 63 per cent of the market, and the success of subscription platforms like Spotify and Apple Music has turned the fortunes of the entire industry around.

But sales of CDs and downloads - the most lucrative formats - are plunging fast. 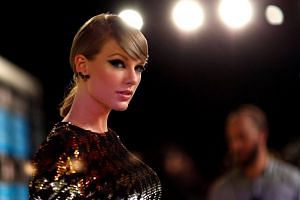 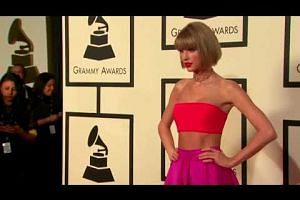 The question is whether Swift can match her last sales number, and how.

For Swift, sales levers this time around will include partnerships with UPS, whose trucks will be decorated with her face, and Target, which will carry special editions of the album featuring print magazines containing, among other things, her poetry and artwork.

On Sunday, Swift released another song, ... Ready For It?, after first offering a preview during ESPN's broadcast of a college football game on Saturday night.

What has got the most attention is her use of Verified Fan, a Ticketmaster system intended to identify dedicated fans and weed out bots and scalpers from high-demand ticket offerings.

Swift is using Verified Fan for a new tour but Ticketmaster also customised the system for her, tying music and merchandise sales to ticket access.

The more goods fans purchase - and the more free "boost activities" they engage in, like watching videos and posting messages online - the further they will advance in a digital line for tickets.