SINGAPORE - Viewers of Fox channels on StarHub's pay-TV platform will get to enjoy their favourite shows uninterrupted after the American content distributor agreed a deal with StarHub late Friday night (Sept 2).

StarHub's original deal with Fox had ended on Wednesday, but the deadline was extended till Friday.

The agreement brings an end to months of negotiations. Both parties plan to put pen to paper next week.

Ms Lee Soo Hui, StarHub's head of content and TV, said: "We are happy to confirm the continued broadcast of Fox Network Group channels and look forward to support our customers better." 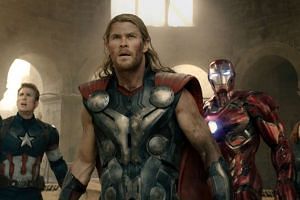 More than 20 channels, including popular ones like National Geographic Channel, Fox Movies Premium and Star World, were in jeopardy of being yanked off StarHub's platform.

It is believed cost was a big stumbling block in the negotiations.

The saga comes amid a climate of ever-increasing content costs, one which has led to protracted talks between rights holders and broadcasters.

Rising content costs meant a deal for the live broadcast of the Rio Olympics in Singapore was struck only a day before the opening ceremony.

The situation is not helped by the fact that pay-TV operators here are facing declining subscription numbers.

There is also competition from alternative viewing platforms and streaming services. This includes Netflix, which allows users to bypass commercials.