HONG KONG - In another episode of the tabloid drama of Hong Kong actress Rosamund Kwan's divorce from Taiwanese billionaire Pierre Chen, she has expressed her displeasure with her friend Carina Lau, who was photographed hiking with Chen, said Apple Daily.

Next Magazine had published a story speculating on the split last month, with a photo of Lau hiking with Chen, and another photo of what it said was Kwan moving out of the tech tycoon's home.

Kwan, who made the shocking confirmation of her marriage and divorce in Taipei on Wednesday, took the initiative to bring up the photo of the hike then, said Apple Daily.

"You all saw the news in the recent one, two weeks. They're not children. They're adults. They didn't consider other people's feelings," Kwan said.

The actresses' lives have intersected for more than 20 years, said Apple Daily. Although they are not close, they have many mutual acquaintances. 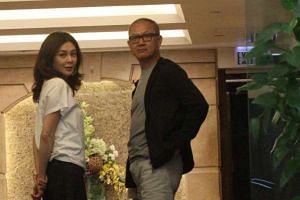 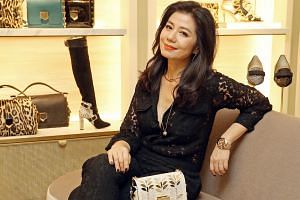 Ex-Hong Kong star Cherie Chung, a gorgeous 55, says she has no suitors

Both stars have, at different times, been linked to billionaire Terry Gou, for instance. On Christmas Eve in 2006, there was a sighting of Kwan and Gou at Muse, Lau's pub in Shanghai. In 2007, Lau was reported to have holidayed in Hainan with Gou.

Asked about the latest episode, Lau said she was baffled by Kwan's comment. Called by Apple Daily, Lau said she had not known of Kwan's marriage and divorce before that moment.

"I'm friends with Rosamund and Pierre Chen, and had a few meals with them. We talked about hiking and Pierre Chen said, let's hike together one day, and I was okay with it," Lau said.

"I often hike, I hike with whomever is free, and I've hiked with Big Brother Fat", or actor Chow Yun Fat, she added. "Last week, Pierre Chen and I hiked with a group of friends. So for Rosamund to say this, I'm so baffled."