NEW YORK (AFP) - Singer Sinead O'Connor, who triggered alarm last month (Aug) when she posted a suicidal video, said she is changing her name as she described long abuse by her mother.

The 50-year-old Irish artist, who recorded the disturbing video from a motel in New Jersey, related her mental health struggles on the US talk show Dr Phil.

"I'm fed up of being defined as a crazy person, as a child abuse survivor," O'Connor told psychologist and television host Phil McGraw in a preview of the interview to air on Tuesday.

"I'm changing my name. Sinead O'Connor is gone. That person is gone," said the singer, looking tired but speaking lucidly.

O'Connor, who did not reveal her new name in the excerpt, related what she said was extensive physical and sexual abuse by her mother. 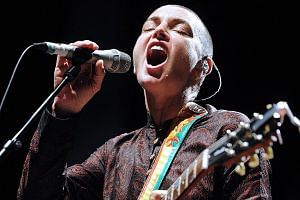 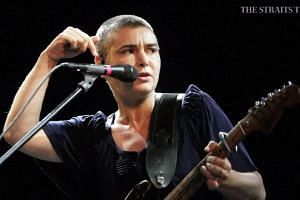 Sinead O'Connor found by US police after reported missing

"She ran a torture chamber. She was a person who took delight in hurting me. I became very suicidal. I was a basket-case," O'Connor said.

Asked for her best thought about her mother, she replied, "I love that my mother is dead."

The head-shaven star won critical acclaim early in her career and found a fan base with her arresting 1990 rendition of Prince's song Nothing Compares 2 U.

But she also became known for controversy, memorably ripping a picture of Pope John Paul II on the widely watched US show Saturday Night Live as a protest against the Roman Catholic Church's handling of child abuse cases.

She was found safe last year in Chicago after police sent out a distress call.