SEOUL - SHINee singer Kim Jong Hyun was last seen alive on Monday (Dec 18), when he went to a convenience store before he killed himself, broadcaster SBS reported.

The 27-year-old was discovered unconscious in an apartment in a residential hotel in Cheongdam-dong, Gangnam district, around 6.10pm (5.10pm Singapore time), after he sent his sister text messages alluding to a "final farewell". His sister had called 119 at 4.42pm, saying she thought he might be attempting suicide. He was taken to Asan Medical Centre and pronounced dead.

In CCTV footage released by SBS on Tuesday, Kim, wearing a padded jacket over a black hoodie, is seen stopping by the shop on the first floor of the hotel, reports said. The owner of the store said the singer purchased a packet of cigarettes, a fizzy drink, and a few snacks, website Koreaboo reported. It was not Kim's first time staying at the building, the owner added.

According to website allkpop, Kim visited the shop right after he texted his sister.

A security guard who saw the singer leaving the store also spoke to the media.

The guard was quoted by Koreaboo as saying: "After parking his car on the B1 floor, he stood in front of the convenience store on the same floor for a very long time."

After Kim checked in, he got into his car and drove back and forth on the road in front of the building, "making a lot of noise", the guard said.

"He was stepping on the accelerator so hard that the engine was making very loud noises. After a while things got quiet and then the car came back in."

In a note to his friend, Dear Cloud singer Nine9, which was released after his death, Kim had written about his struggles with depression. He also seemed to regret his life in the limelight.

"Becoming famous was probably not my life," he wrote. "They tell me that's why I'm having a hard time. Why did I choose that? It's funny that I'm able to endure this much." 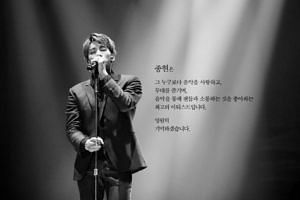 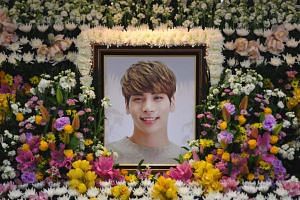 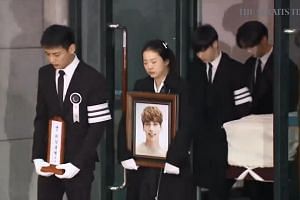 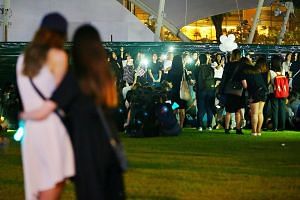 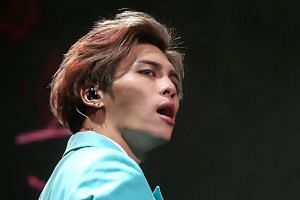 Why are K-pop stars susceptible to depression? 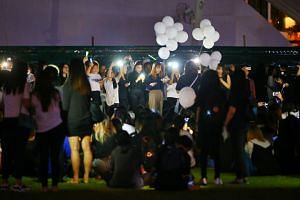 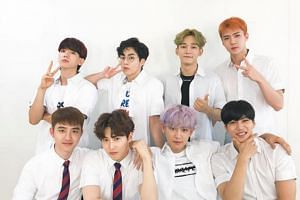