(NYTIMES) - NBCUniversal defended talk show host Ryan Seacrest against sexual harassment allegations on Tuesday (Feb 27) and said he would not be removed from Academy Awards coverage on the entertainment network E!, where discussion of sexual misconduct in Hollywood is expected to loom large.

The allegations, which first surfaced in November, were made by Seacrest's former personal stylist, Suzie Hardy, who worked with him between 2007 and 2013 while he was employed by E! News, a network owned by NBCUniversal.

Hardy's lawyer said that at various times while she worked with Seacrest he asked her inappropriate sexual questions, slapped her buttocks, gave her a bear hug while wearing only his underwear, "forced himself on top" of her and grabbed her crotch.

Seacrest has publicly denied her claims, including in a Feb 5 essay for The Hollywood Reporter titled "What Happened After I Was Wrongly Accused of Harassment". In a statement on Tuesday, he said he supported the movement to combat sexual harassment and "to change our culture and the systemic inequalities that exist", but maintained that he had been falsely accused.

Seacrest said he "promptly revealed" Hardy's accusations, which were first made in November, to both the public and NBC, which conducted an independent investigation that ended in January and found her claims to be unsubstantiated.

He said the investigation "involved dozens of interviews that included me, the accuser and countless others". "Ultimately, my name was cleared," Seacrest said. "I eagerly participated in the investigation in order to demonstrate my innocence because I know my truth, and I believe in due process."

Hardy's allegations were detailed on Monday in Variety. They were initially brought to Seacrest's attention in a Nov. 10 letter sent by Hardy's lawyer, Howard King, to his lawyer, Craig Jacobson. 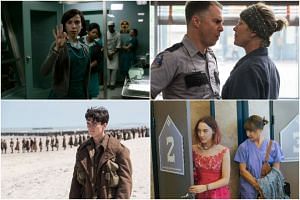 In a recent interview with The New York Times, Hardy said she was fired after she reported an incident in which Seacrest grabbed her crotch to human resources, which, she said, told her it was their job "to make sure this is corrected". She requested to be moved to another project but was instead fired, she said.

"I was told, 'Go find another job,'" she said. "I did not work for three years." She now works for a tech company in Silicon Valley.

Hardy said she was working as a freelance stylist when she was hired by Seacrest to work on all of his projects, including New Year's Rockin' Eve and the Disney Christmas parade.

"He right off the bat was showing interest in me," she said. She said Seacrest frequently invited her to parties, bought her expensive spa gift certificates, picked her up with her friends in a sport utility vehicle limousine and paid for dinner.

She also described what she called physical advances from Seacrest, saying he would grab her crotch and then ask if she was going to sue him.

At one point, Seacrest, sitting in his director's chair in his underwear, told her, "'I just don't think you're attracted to me,'" Hardy said.

"I said, 'I'm attracted to this job, I have a little kid and no child support. Don't take it personally,'" she said she told him. "I tried to reassure him. I shouldn't be presented with this issue while he's sitting there in his underwear."

NBCUniversal said on Tuesday that its decision not to remove Seacrest from its coverage of the Oscars' red carpet on Sunday was based on the results of its investigation, which it said was conducted by an independent counsel that the network declined to name.

"Over the course of a two-month process, our outside counsel interviewed more than two dozen people regarding the allegations, including multiple separate meetings with the claimant and all firsthand witnesses that she provided," the statement said. "Any claims that question the legitimacy of this investigation are completely baseless."

Seacrest is a powerful television producer and on-camera host who rose to fame as the face of the singing competition American Idol, a role he is set to reprise when a rebooted version of the show launches next month. He is also the co-host of Live With Kelly And Ryan, the highly rated ABC morning show long hosted by Kelly Ripa.

In his statement on Tuesday, Seacrest accused Hardy of attempting to blackmail him by demanding "millions of dollars" in exchange for her silence. She denied that and said it was Seacrest who asked her "how much I wanted to go away". Both said that no money ever changed hands.

Her lawyer, King, said the accusation that Hardy demanded money was "an attempt to smear the victim and divert attention from her very specific and supportable claims".