LOS ANGELES (NYTIMES) - Though he will be the one holding the microphone, Ryan Seacrest may face as many questions as the celebrities he interviews Sunday at the Academy Awards red carpet.

Seacrest, an E! host, was accused of sexual harassment by his former personal stylist, Suzie Hardy, who worked with him from 2007-2013. Her lawyer said Seacrest had asked her inappropriate sexual questions, slapped her buttocks, given her a bear hug while wearing only his underwear, "forced himself on top" of her and grabbed her crotch.

He has denied the allegations, writing in a Feb 5 essay for The Hollywood Reporter that he had been falsely accused.

NBCUniversal, the parent company of E!, said it opted to keep him as host of its red-carpet coverage after an investigation by an independent counsel, which it did not name.

"Ultimately, my name was cleared," Seacrest said in a statement. "I eagerly participated in the investigation in order to demonstrate my innocence because I know my truth, and I believe in due process." The Harvey Weinstein scandal has made the subject of sexual harassment and misconduct unavoidable on Hollywood's biggest nights, with red-carpet interviews becoming a primary vehicle for actors to signal solidarity with victims. The allegations against Seacrest raise the question of whether actors could turn questions around on him, or avoid interviews altogether.

Tarana Burke, creator of the #MeToo movement, told Variety in an article posted Sunday that the network should not have sent Seacrest.

She said actresses should not be put in a position that requires them to agree to or avoid an interview with him. "We shouldn't have to make those choices of, 'Do we or don't we?'" she told Variety.

Speaking of the allegations against Seacrest, Burke added: "This is not about his guilt or innocence." She said "it's about there being an accusation that's alive," and that until the network reckons with it, "it's really on E! News and shouldn't be on us." Jennifer Lawrence, speaking to Howard Stern, was noncommittal but left open the possibility of skipping an interview with Seacrest. 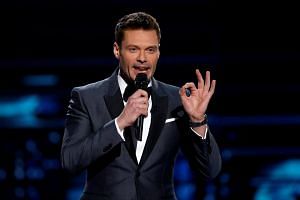 "There are already outlets that I'm just like, 'Nah,'" she said. "So it wouldn't be that big of a deal." At the Golden Globes in January, most of the actors wore black as part of the Time's Up movement to support women.

At the event's red carpet, Debra Messing and Eva Longoria used their E! interviews to chastise the network over pay equity. Catt Sadler, a former E! host, left the network in November, saying that a male colleague, Jason Kennedy, was paid twice as much.

On Thursday, an E! producer, Aileen Gram-Moreno, filed a complaint with the Equal Employment Opportunity Commission, claiming she was unfairly terminated for allowing Longoria's interview to air.

Jimmy Kimmel, the Oscars host, told Variety that #MeToo would be "part of the show." There had some been some confusion after he told ABC News in an interview broadcast Thursday: "This show is not about reliving people's sexual assaults - it's an awards show for people who have been dreaming about maybe winning an Oscar for their whole lives. And the last thing I want to do is ruin that for someone who is, you know, nominated for, you know, best leading actress or best supporting or best director or cinematographer or whatever, by making it unpleasant." 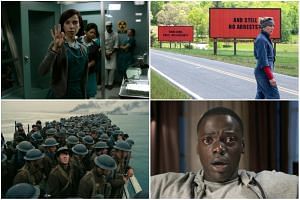