Forget logic or explanations and just dive into this rollicking, fun revenge-and-rescue story 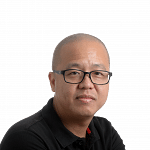 The story: Against herd instinct, three penguins Skipper, Kowalski and Rico inadvertently break away from their colony to save an egg, out of which hatches the baby penguin Private. The four of them become a de facto family and, later, secret agents who have to battle Dr Octavius Brine, a diabolical octopus with plans to disfigure penguins all over the world.

Who knew oh-so-cute penguins could get up to so much trouble? Earlier this year, a trio of them got many Singaporeans into a twist, if not a tango, over children's books featuring same-sex couples and alternative family units.

Here, four of them - scene-stealers of the Madagascar movies - dance up a storm of irresistible energy and physics-defying antics as they battle an octopus with a grudge against them.

That is all the backstory directors Eric Darnell and Simon J. Smith need before launching into an international adventure that unravels at a breakneck pace. From the penguins' abduction at the tentacles of Dr Brine to their rescue by a secret-ops team called North Wind (headed by a wolf voiced by Benedict Cumberbatch), the movie pauses neither for logic nor for the audience to take a breath.

It is like the Oscar-winning animator Chuck Jones' Road Runner and Wile E. Coyote cartoons for Warner Bros - momentum, visual inventiveness and pure kinetic exuberance provide their own hilarious, absurdist rewards. While there is a message somewhere in here about never leaving behind one of your own, and also a cutesy inter-species romance subplot (a la the donkey-dragon pairing in Shrek), Penguins Of Madagascar is not a film that pre- school kids will find easy to like, apart from the cuddly characters such as an especially adorable snowy owl.

Things happen quickly with little or no exposition. For a full appreciation of the film, the script requires viewers to be familiar with the tropes of the standard revenge-and-rescue story: There is a villain. He has developed some dangerous weapon with which to kill his enemies. He must - and will inevitably - be stopped, and just in time, too.

If all this makes Penguins Of Madagascar sound terribly "meta" and post-modern, rest assured it is also rollicking fun and its directors love corny jokes as much as the next frat boy.

Witness the "cameos" of many Hollywood stars here, courtesy of puns on their names in the script: "Drew, Barry, more power", "Nicolas, cage them", "Halle, bury them".

Thank goodness, the film-makers did not try to make sense of this spin-off from the Madagascar series by making a prequel or sequel. What they have produced is a glorious non-sequitur.