Oscar-nominated Singaporean sound editor Ai-ling Lee's career mirrors that of the protagonists in La La Land (2016), the acclaimed musical film that she worked on.

Like Emma Stone's Mia and Ryan Gosling's Sebastian, who pursued their respective acting and music dreams in Los Angeles, Ms Lee had also packed up her bags to move to the city to fulfil her creative aspirations - and found success.

When she was 19, she left Singapore for Hollywood in 1998 without so much as an official job offer, instead knocking on the doors of film studios for a way into their sound departments.

At the time, she had completed only a vocational course in audio engineering here, as well as done some sound work for local TV and radio commercials.

"I wrote letters to sound department heads or sound studio heads in Hollywood, just to tell them who I was. I asked them if it would be okay for me to visit, to sit in and observe the film-making sound post-production process. 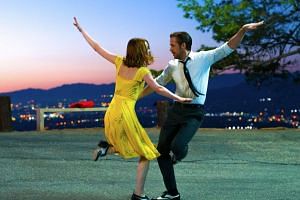 Singaporean Ai-Ling Lee nominated for 2 Oscars, for her work in sound on La La Land 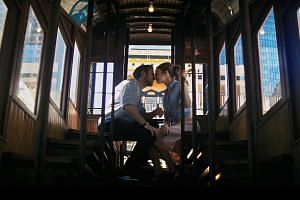 Oscars 2017: La La Land has a lock on major awards

"Maybe it was good timing and luck, but I was amazed that quite a few of them actually responded. So I started sitting in, built my contacts, and just moved up from there," says the 38-year-old, in a telephone interview on Friday (Feb 24) with The Straits Times from her home in Silver Lake, Los Angeles.

At the Oscars on Sunday (Feb 26) night (Monday morning, Singapore time), she is nominated in two categories - Best Sound Editing alongside Mildred Iatrou Morgan, and Best Sound Mixing with Andy Nelson and Steve A. Morrow. Her nominations are among La La Land's record-equalling 14 Oscar nominations.

She hopes that this will set a trend for women in film sound work, a field traditionally dominated by men.

"Over the years, I've only known a handful of women who work in sound design, recording or mixing. But over the last several years, I have been approached by female graduates from film schools such as USC (University Of Southern California) who have interest in sound design.

"It's an encouraging sign, and I try to encourage young people by telling them that this is in fact a creative job and not a technical one," she says.

Illustrating her creative nature, she says, when asked, that her favourite sound in the world is the birdsong of morning doves.

"I find it very calming," she says.

Lee, whose father works in a shipyard and mother is a housewife, developed her keen interest in sound after watching numerous movies at home in Singapore with her father as a child.

"We had a basic surround sound system at home, but I noticed how sound could really help to elevate the film experience. It brings audiences into the world, and that fascinated me."

Her passion for sounds drives her to carry a portable recorder with her at all times, so that she can capture her auditory environment. Her recordings of LA city life - such as in the areas of Pasadena and Hollywood - ended up in La La Land.

"Los Angeles being such a big character in the movie, we had to make sure that the backgrounds and ambiences help reflect the tone of the city. I record sounds wherever I go with my portable recorder, and so from that, I had already amassed a library for Los Angeles."

With only two more days to the Oscars, she is starting to feel "a little nervous".

Fielding this chat in the middle of a busy press interview schedule, she says: "It has just been a crazy flurry of activity ever since the Oscar nominations were announced.

"I've never been through this before, and I'm just surprised by how much is going on. There are so many interviews, and I've been spending way too much time and money on finding a dress."

She has finally settled on a "simple gown" by Alexander McQueen, she says.

"But this whole thing has also been a lot of fun. I feel really fortunate to be nominated, and no matter what happens, this will all have been a great experience."

The 89th Annual Academy Awards airs on HBO (StarHub TV Channel 601) on Monday at 8am, with an encore telecast the same day at 7pm.