The Warner Bros. film, based on a Stephen King novel and starring Bill Skarsgard as a creepy clown who terrorises a sleepy Maine town, earned an estimated US$60 million ($81 million) for the three-day weekend, bringing its domestic total to US$218.7 million in only two weeks, website Exhibitor Relations reported.

Trailing far behind were two new releases, American Assassin from CBS Films/Lionsgate, at US$14.8 million, and "mother!" from Paramount, which registered just US$7.5 million in ticket sales despite the star power of Jennifer Lawrence.

Paramount's "mother!" earned a dubious distinction: the lowest opening gross for a Jennifer Lawrence film in wide release. A psychological thriller from Darren Aronofsky, it probably suffered from going head-to-head against It.

In the film, Lawrence and husband Javier Bardem see their tranquil lives upended when strangers Ed Harris and Michelle Pfeiffer show up at their country home. The movie drew a rare "F" from the ComScore website despite a relatively strong 69 per cent rating on Rotten Tomatoes. Aronofsky earned critical acclaim for earlier films including The Wrestler and Black Swan. 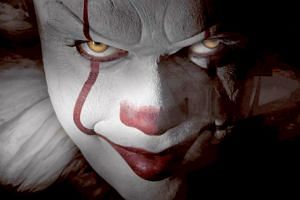 In fourth place was Home Again from Open Road Films, with a take of US$5.3 million. The romantic comedy stars Reese Witherspoon as a recently separated woman whose life changes when she lets three young men move in.

And in fifth was The Hitman's Bodyguard, at US$3.6 million. The action comedy stars Ryan Reynolds as a bodyguard hired to protect a notorious hitman played by Samuel L Jackson.