The stations maintained their overall share of audience in the first half of 2019, with peopletuning in longer each time, Nielsen's half-yearly survey showed.

The survey, which was conducted over March and May and involved 2,000 respondents, also found that Mediacorp’s Class 95 and Yes 933 were the most popular English and Mandarin radio stations respectively.

In line with the global trend, the number of downloads for SPH Radio stations' podcasts increased by 45 per cent across all five stations, compared to October 2018.

Digital listenership for 96.3 Hao FM went up by 12 per cent. 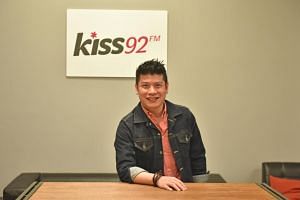 One FM 91.3 saw a 13 per cent increase in digital listenership.

The listening time for Money FM 89.3, the first and only business and personal finance radio station in Singapore, increased by 28 per cent while its digital listenership went up by 7 per cent.

Kiss92, which will debut a new morning show on July 1 at 6am, has been active with events such as the inaugural Kiss92 Pet's Day Out in March. It saw a turn-out of more than 2,000 fans and 800 pets.

Mr Sim Hong Huat, General Manager of SPH Radio, said: "We anticipated the shift of audience tuning in digitally hence we have been working hard at delivering new audio formats such as podcasts, which has been well received. These days, there is more to radio than what you hear on air. All five stations have been effectively engaging audiences on the ground and even on social media, and there will be more to come."