The five-year deal is worth as much as US$300 million (S$396 million), according to two people with knowledge of the agreement, who spoke on the condition of anonymity to discuss private negotiations. That would be one of the biggest deals ever made for a TV producer.

While the agreement will come as a disappointment to the studio where Murphy has spent most of his career, it also delivers a serious blow to the Walt Disney Company, which reached a deal in December to acquire most of 21st Century Fox for US$52.4 billion.

Murphy's contract with Fox expires in the summer, and he will make the move to Netflix in July.

The prolific producer behind Glee, Nip/Tuck and the anthology series American Crime Story and American Horror Story, Murphy would have been a key piece in the expanded Disney empire, and Fox executives made several attempts to keep him in the corporate family. Amazon also courted him seriously, which played a role in driving up the price for the 52-year-old writer, director and producer from Indianapolis.

"This history of this moment is not lost on me," Murphy said in a statement. "I am a gay kid from Indiana who moved to Hollywood in 1989 with $55 in savings in my pocket, so the fact that my dreams have crystallised and come true in such a major way is emotional and overwhelming to me."

Murphy began his career as a journalist before moving into TV script writing. His first show, Popular, on the WB, didn't last long but has become the source of cult fascination. Nip/Tuck, one of the earliest successes for FX, gave him his first hit and transformed FX from a crusty basic cable outpost into a premier entertainment destination.

In 2009, when Murphy brought some Broadway pizzazz - along with an affection for misfit adolescents - to Fox's prime-time lineup with Glee, he entered the top ranks of showrunners.

Throughout his career, he has shown a penchant for taking the stuff of camp and making it popular. No one expected an eight-hour limited series about the rivalry between Joan Crawford and Bette Davis - Feud, on FX - to be a hit, but it was.

Paving the way for Murphy to make the jump to streaming was the US$100 million deal Netflix reached in August with producer Shonda Rhimes, the creator of the ABC series Grey's Anatomy and Scandal. Rhimes had been with Disney's ABC network for a decade and made the move days after Disney announced that it would expand its streaming offerings and eventually pull many of its products from Netflix. 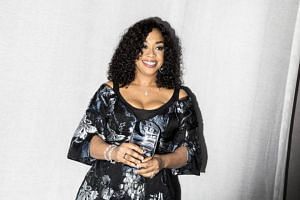 Shonda Rhimes, Martin Scorsese and all the other big names Netflix has lured away

The Hollywood economy is buzzing, with fast-moving digital disrupters taking on the studios that have been dependable providers of mass entertainment since the silent-movie era.

Apple and Amazon have lately joined Netflix and Hulu in moving aggressively to sign heavyweight creators and entertainers, and the old-line companies are in danger of losing relevance if they do not put up a fight against their new, free-spending rivals.

The upshot is that proven showrunners and big stars are in an enviable bargaining position.

Murphy already had a working relationship with Netflix. Fox allowed him to sign a deal with the streaming service last September for a two-season order of a series centered on Nurse Ratched, the villain from the Ken Kesey novel One Flew Over The Cuckoo's Nest, which was made into an Oscar-winning movie. Last week, the streaming company signed up yet another project from Murphy that may star Barbra Streisand and Gwyneth Paltrow. Both projects come from Fox's television studio.

Fox allowed Murphy to push his boundaries. And he did not lack for respect: The first season of the FX anthology series American Crime Story: The People vs. O.J. Simpson, for which Murphy served as an executive producer, was a huge hit with critics and won nine Emmys. The Netflix deal, though, will allow him potentially bigger budgets and give him the latitude to try movies, TV or even documentaries.

Murphy's vast slate at Fox will not disappear overnight. All future seasons of American Crime Story, American Horror Story and Feud will continue to air on FX. His procedural drama, 9-1-1, which is only 6 weeks old and is becoming something of a sleeper hit, will continue on Fox. And his new drama about the 1980s New York vogue scene, Pose, with a largely transgender cast, will proceed at FX.