LOS ANGELES (REUTERS) - Streaming pioneer Netflix is investing in one of the oldest forms of media to gain an edge in the battle for online viewers.

It will soon own up to 35 billboard displays on roughly two dozen structures along West Hollywood's famed Sunset Strip, sources told Reuters.

The sources said Netflix decided to buy only half of Regency's assets for US$150 million, to focus on the Sunset Strip in a deal expected to close this month.

It is also considering acquiring other Regency billboards in Hollywood, such as those near the Dolby Theatre, home of the Academy Awards, they added.

Locking up prime ad inventory on the busy Sunset Strip - seen daily by actors, writers and directors - is Netflix's latest move to demonstrate its prowess to be a leading Hollywood producer and distributor. 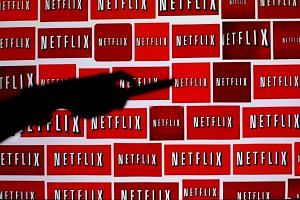 The new strategy calls for Netflix to use the billboards in-house and not rent space to other companies.

That means advertisements for rivals such as HBO and Showtime, which currently promote shows on Regency billboards in the area, will disappear once the deal closes.

But they will still have access to dozens of billboards owned by other companies on the Sunset Strip and in other locations across Los Angeles.

Renting a single billboard on the Sunset Strip averages around US$25,000 a month.

The billboards' value stands to appreciate over time, particularly because Los Angeles authorities rarely approve construction of new ones.