Contrary to what social media users are saying - that Malaysian Prime Minister Najib Razak's youngest son Norashman bumped off a guest DJ at Zouk so that he could helm the decks on Sunday (March 6) - the Zouk management clarified that the guest DJ was not asked to end his set early.

In a statement released on Monday evening (March 7), the club clarified that Egypt's DJ Fila, one half of trance duo Aly & Fila, "was not at any point of time asked to end his set prematurely". The duo made it to #42 on DJ Mag's Top 100 DJs list last year . 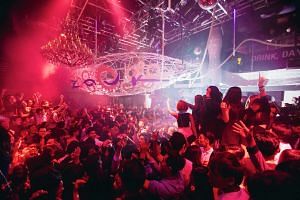 Najib's son at Zouk: Did new owner Genting step in?

In a video posted by Facebook user Derrick Low, DJ Fila (Fadi Wassef Naguib) who tours on behalf of the Egyptian duo, is heard telling the crowd: "I will see you somewhere in the future, not in Zouk anymore, because I won't play in Zouk any f***ing more."

He goes on to say: "They insulted me, but I love you guys."

There is no time stamp on the video that was posted on Facebook at 1.07pm on March 6.

Zouk does not deny that the Prime Minister's son, Norashman, played a set on its premises.

The statement from Zouk added: "Zouk has constantly held our invited artists in esteem and respect their works. We understand that this incident has resulted in some discontent and disappointment but would like to give the assurance that Zouk will continue to value the importance and presence of all artists and our customers, and their interests."

Other guest DJs, including Danny Tenagalia and Sven Vath, have been known to play past their scheduled set times at Zouk.